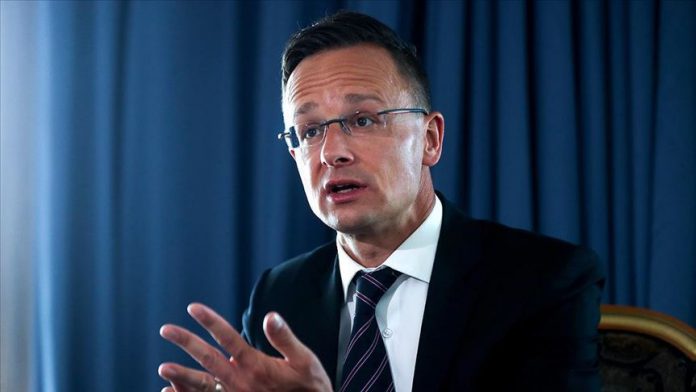 Hungarian foreign minister said Thursday the EU and Turkey should negotiate on the asylum-seekers on the Greece-Turkish border.

“Turkey and the EU should ink a new agreement,” Peter Szijjarto told in a press conference.

Szijjarto said the pressure on the Turkish-Greek border would not decrease unless Brussels took Turkey’s requests and concerns seriously.

He added that he had a phone conversation with Turkish Foreign Minister Mevlut Cavusoglu and they discussed energy security and the refugee crisis.

Turkey prevented a total of 455,000 asylum seekers who tried to cross Europe last year, Szijjarto said, adding that Turkey would face another

'Turkey not to turn its back on East or West'