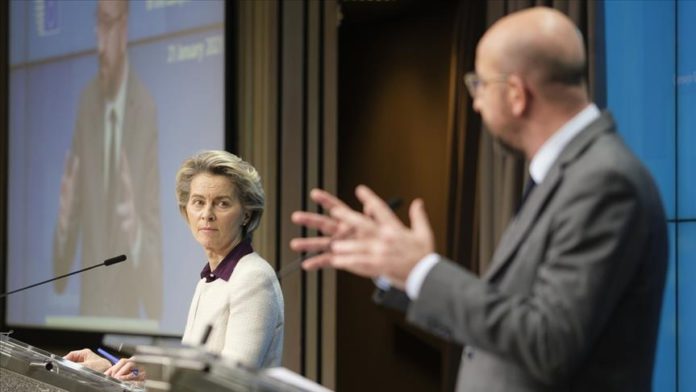 The European Union aims to establish a common COVID-19 certificate system in the next three months, a top official said on Thursday.

The European Commission is working on a COVID-19 data system to be introduced throughout the bloc and it is expected to be operational three months from now, according to Ursula von der Leyen, the president of the EU’s executive body.

The database will connect the national systems of European countries by providing uniform content on when and which vaccine has been given to citizens, she said at a news conference after the first day of a virtual EU leaders’ summit focused on new challenges of the pandemic.

The EU system will not discriminate against those who opt against vaccination, Von der Leyen also explained.

She said it will also have information on whether a person had a negative PCR test or produced antibodies after recovering from COVID-19.

EU leaders will decide in the upcoming months if they want to enforce the use of the certificates for travel within the bloc.

According to Von der Leyen, 8% of the EU’s adult population will have received vaccine shots by the end of the week, with the bloc aiming to inoculate 70% of its adults by the end of September.