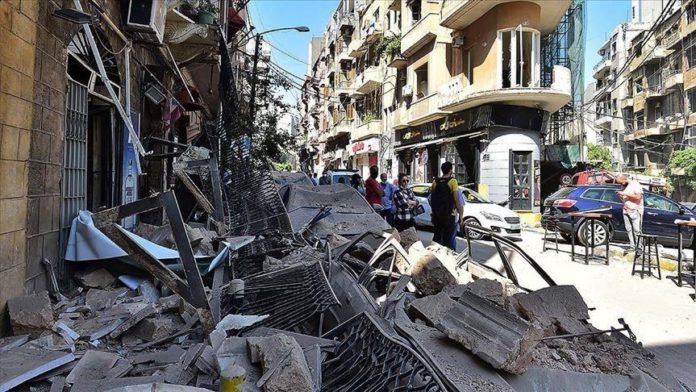 The European Union is mobilizing over €33 million for Lebanon after Tuesday’s deadly explosion at Beirut’s port, the head of the EU Commission told Lebanon’s premier over the phone on Thursday.

According to a readout of the phone call issued by the European Commission, Ursula von der Leyen told Hassan Diab the bloc will provide further support depending on the ongoing humanitarian needs assessment.

The EU’s long-term support to help with the city’s reconstruction also discussed during the phone call.

The 27-member bloc Wednesday announced that it activated its “Civil Protection Mechanism” and sending its search and rescue teams to Beirut, including 100 highly trained firefighters, with vehicles, dogs and equipment.

Among the countries which participates in the operations are the Netherlands, Greece, Czechia, France, Poland and Germany.

The EU also offered to activate its satellite mapping system to assess the damage through satellite imagery.

A fire at a warehouse at the Port of Beirut led to the massive blast Tuesday, killing at least 135 people, injuring nearly 5,000 and causing massive material damage in several neighborhoods of the capital.