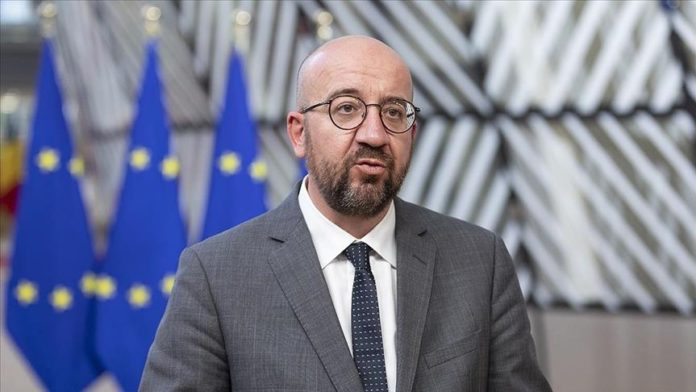 Engaging with Turkey in a “faced, proportionate and reversible” manner remains EU policy, said a leader of the bloc on Wednesday.

European Council President Charles Michel’s remarks came at a session of the council on the results of last month’s EU Leaders’ Summit.

Noting that the summit focused on COVID-19, migration’s effect on foreign policy, financial recovery, fundamental rights, and the rule of law, Michel said the recent de-escalation of tensions in the Eastern Mediterranean between Turkey and Greece was a good sign.

Turkey and Greece are at loggerheads over Athens’ excessive maritime territorial claims, with Turkey stressing fair sharing of the resources of the region. Amid the de-escalation, Turkey has decried provocative moves by Greece, including reserving Aegean waters for military drills at the height of the summer tourist season.

Michel added that the work on updating the 1995 Customs Union between Turkey and the bloc was launched, and that the EU Commission also agreed to provide extra funding for the millions of Syrians Turkey is hosting.

Turkey has long sought an update to the outmoded Customs Union, arguing that doing so would benefit both sides. After last month’s summit, Turkey criticized the EU for not taking concrete steps to start the process.

At the June 24-25 summit, EU leaders approved plans to give Turkey €3 billion ($3.6 billion) in additional assistance to the Syrian refugees on its territory and to boost border controls.

Turkey has criticized the EU for trying to reduce its relations with the bloc to financial assistance to refugees, arguing that in fact, a comprehensive update of the 2016 migrant agreement is necessary.