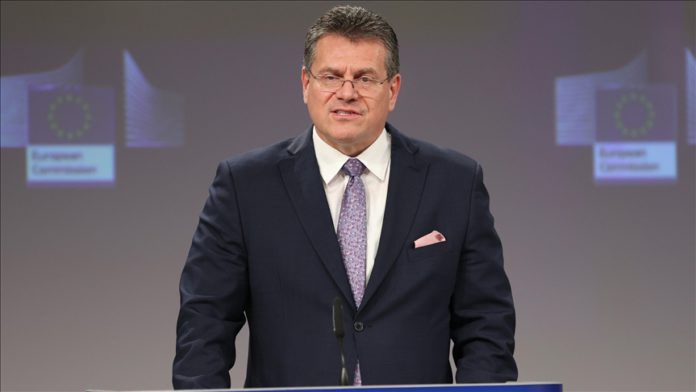 The European Union on Monday launched a legal action against the UK for allegedly breaching the Brexit agreement protocol on Northern Ireland.

The European Commission sent a formal notice to the British government for the noncompliance with “the substantive provisions of the Protocol on Ireland and Northern Ireland, as well as the good faith obligation under the Withdrawal Agreement,” the commission said in a press release.

“The EU and the UK agreed the Protocol together. We are also bound to implement it together. Unilateral decisions and international law violations by the UK defeat its very purpose and undermine trust between us,” said Maros Sefcovic, vice-president of the European Commission.

“The UK must properly implement it if we are to achieve our objectives. That is why we are launching legal action today,” he added.

On March 3, the British government unilaterally declared to delay the application of the special trade regime agreed in 2019 as part of the Brexit deal.

​​​​​​​Despite the legally binding obligation, the UK has been in a spat with the EU concerning the Northern Ireland protocol since last September.

The European Commission launched the infringement procedure after several rounds of failed negotiations.

If the British government continues to breach its obligations, the European Court of Justice might impose a fine on the UK.

The UK left the EU last year after 47 years of membership.