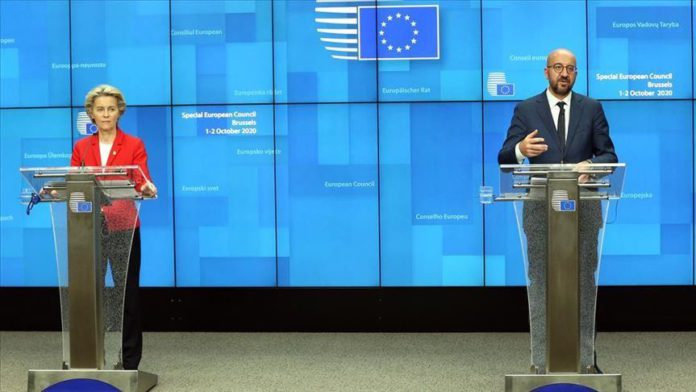 Speaking at a news conference with EU Commission President Ursula Von der Leyen, Michel said: “We want to give political dialogue a chance to move towards greater predictability, stability in our mutual interest.”

The EU leaders gathered Thursday in Brussels for a two-day summit to discuss the current situation in the Eastern Mediterranean and EU-Turkey relations as well as the sanctions on Belarus.