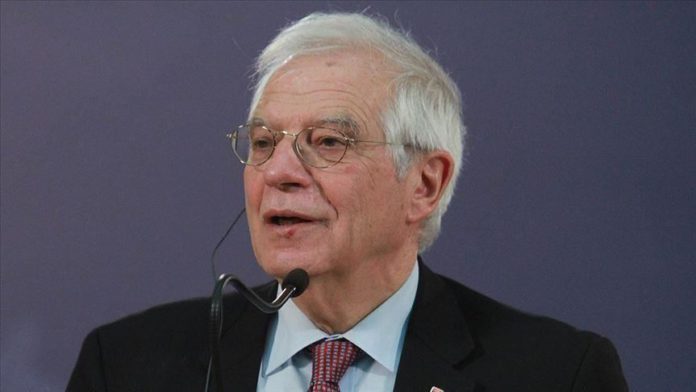 EU strongly urges Israel to refrain from the annexation of any occupied Palestinian territory, the bloc’s foreign policy chief said on Thursday.

Josep Borrell was speaking at the plenary session of the European Parliament.

It would be a “serious violation of international law” if the Israeli government decided unilaterally to annex any parts of the West Bank, he said.

The majority of EU member states can only accept “a negotiated two-state solution, based on international parameters”.

Borrell said he had recently informed the new Israeli ministers on foreign affairs and defense, Gavriel Ashkenazi and Benjamin Gantz on the bloc’s position during a phone call.

“Annexation would inevitably have significant consequences for the close relationship we currently enjoy with Israel,” he pointed out in his speech in the European Parliament.

Borrell also mentioned that such a decision would also negatively affect stability and Isreal’s relationship with countries in the region.

Encouraged by US President Donald Trump’s “Deal of the Century,” Israeli Minister Benjamin Netanyahu announced last month that his government would formally annex the Jordan Valley and all settlement blocs in the West Bank.