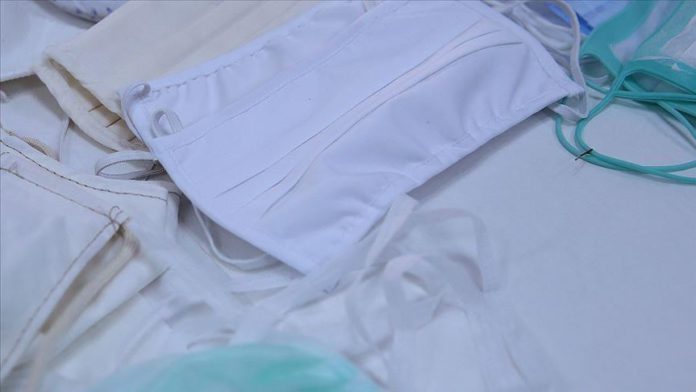 The European Commission suspended the distribution of face masks reportedly from China to its member states after complaints on their quality.

The aid is financed by a €2.7 million ($2.9 million) emergency coronavirus fund of the common EU budget.

The first shipment of 1.5 million special masks designated for healthcare professionals was distributed among 17 EU member states and the UK.

But the protective gear did not meet the EU standards and could not be used safely during the treatment of COVID-19 patients, Polish Health Minister Lukasz Szumowski notified the European Commission.

Poland received more than 600,000 masks this week from the EU scheme.

According to the information of the EUobserver news site, the equipment was produced in China, but distributed by a German supplier.

The European Commission claims the quality of the goods had been “scrupulously” checked before distribution.

EU states have also been facing quality problems in their direct orders from the Asian country.

The Netherlands received some 600,000 faulty masks from China in March.

Slovakia, the Czech Republic and Spain decided to return testing kits that did not work.

Protective gear in boxes with notes on Chinese saying “not for medical use” was delivered to Hungary.

In the meantime, China takes a great effort via diplomatic and media channels to create a positive image in the European public and picture the country as a generous provider of medical equipment during the crisis.

Turkey: Daily virus cases under 2,000 for first time since March...