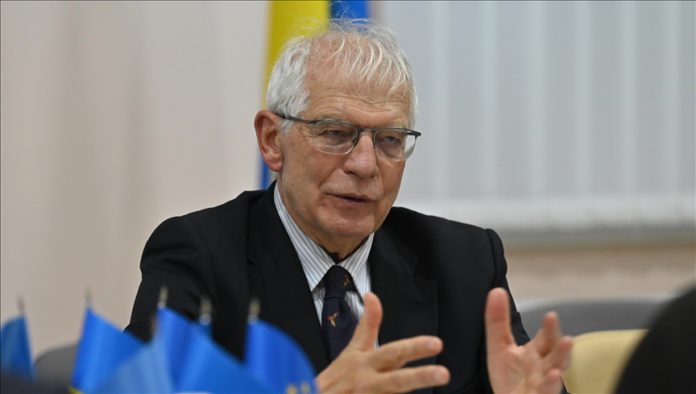 The EU should be able to “put boots on the ground” and have combat capabilities in crises, the bloc’s foreign policy chief Josep Borrell said on Tuesday.

In a keynote speech at a conference hosted by the union’s diplomatic service and the EU Institute for Security Studies, Borrell warned that “we are living the most dangerous moment since the end of the Cold War.”

The Russian threat against Ukraine is only one component of the danger against Europe, he explained, noting that there were several other conflict zones in the bloc’s neighborhood, such as Syria and the Horn of Africa.

He underlined that the strategic competition between countries was becoming more dangerous than traditional military conflicts as many more factors – migrants, vaccines, energy technology, outer space, cyberspace, or the deep sea – can be weaponized.

In this security context, EU member states should enable the bloc to shoulder its “strategic responsibilities,” Borrell argued, predicting that the EU could become insignificant in international politics without strengthening its security and defense capacities.

He stressed that the EU should be able to “intervene quickly in a crisis where violence is threatening the lives of civilians, not just training the armies of others, but to put boots on the ground, to have a risk of casualties and to combat.”

The action guide sets concrete proposals and timelines for strengthening EU defenses, such as setting up a swiftly deployable EU force of 5,000 troops, investing in industrial capabilities, and securing the bloc against cyberattacks.

The plan, which aims to strengthen the EU’s defense capacities in a complementary way to NATO requirements, is expected to be adopted in March.