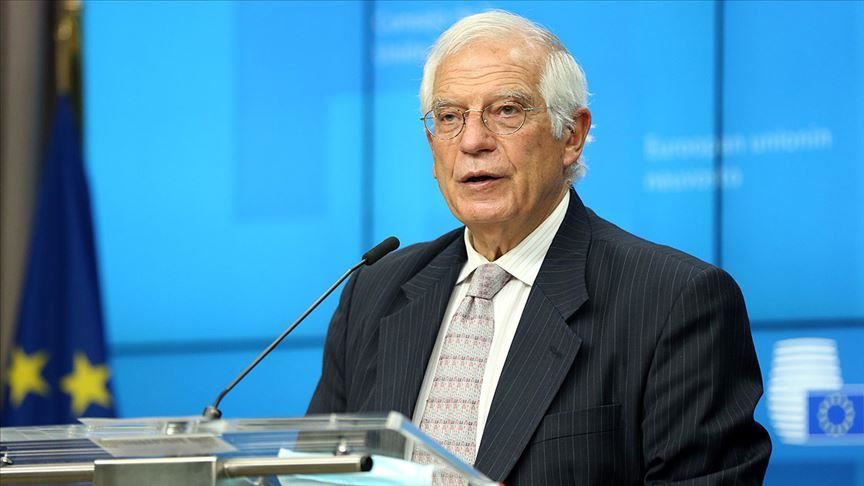 The relationship between the EU and Turkey is “approaching a watershed moment” and is further deteriorating, according to a statement from the EU foreign policy chief Thursday.

Josep Borrell spoke at a EU Foreign Ministers meeting and noted solidarity with Greece and Greek Cypriot administration and said “the recent actions and a statement by Turkey related to Cyprus, were considered contrary to United Nations resolutions and further igniting tensions.”

“We consider also that it is important that Turkey understands that its behavior is widening its separation from the EU. Sorry to say that, but that’s what the Foreign Affairs ministers consider it. In order to return to a positive agenda, as we wish, we will require a fundamental change of the attitude on the Turkish side,” said Borrell.

“European Council will provide crucial direction on this, next month. Time is running, and we are approaching a watershed moment in our relationship with Turkey,” he added.

Borrell said he is working on preparations for an Eastern Mediterranean conference and decisions to be made at a EU leaders summit in December will depend on Turkey’s behavior.

The opening of abandoned Maras in Gazimagusa, also known as Famagusta, is considered a negative step by EU foreign ministers, said Borrell.

Maras had been a ghost town in which entry was forbidden, except for Turkish army personnel stationed in the Turkish Republic of Northern Cyprus (TRNC) but it was partially reopened for public use on Oct. 8.

Cyprus has been divided between the TRNC in the north and Greek Cypriot administration in the south since a 1974 military coup that sought to annex Cyprus to Greece.

Hezbollah: We do not have weapon depots at Beirut port