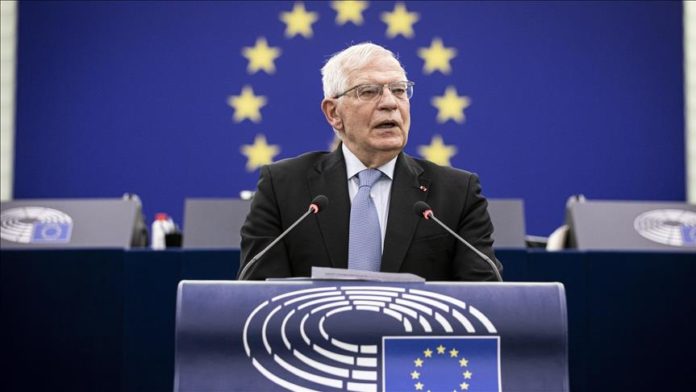 Josep Borrell spoke about the coming sanctions in an interview with public broadcaster Franceinfo following Russia’s Monday recognition of Ukraine’s breakaway regions of Donetsk and Luhansk.

Borrell said the sanctions would affect Russian lawmakers who helped recognize the independence of the separatist-held territories along with Russian military officials and banking and financial institutions.