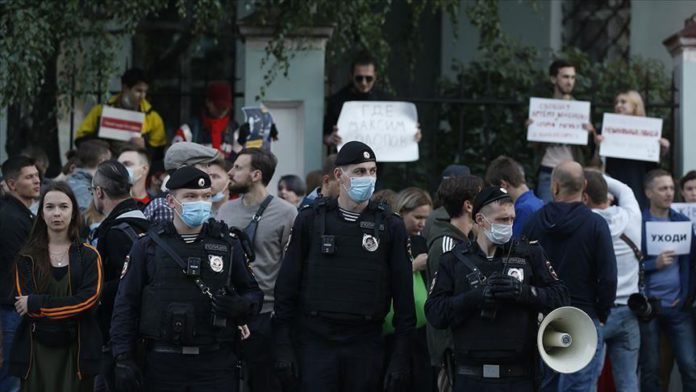 Charles Michel, president of the European Council, and Russian President Vladimir Putin spoke on the phone to discuss the protest-racked Belarus, the top EU official said Tuesday on Twitter.

“Only a peaceful and truly inclusive dialogue can resolve the crisis in Belarus,” Michel wrote, referring to widespread demonstrations following recent presidential elections that critics say were unfair.

According to a senior EU official, Michel and Putin discussed ways to encourage intra-Belarusian dialogue for a peaceful end to the crisis during their 30-minute conversation.

One option discussed was to offer assistance to dialogue led by the Organization for Security and Co-operation in Europe (OSCE), the source added.

She “emphasized that the Belarusian government must refrain from using violence against peaceful demonstrators, release political prisoners immediately and initiate a national dialogue with the opposition and society in order to overcome the crisis,” her spokesperson, Steffen Seibert, said.

EU leaders will hold an emergency videoconference on Belarus on Wednesday.

The bloc’s foreign affairs ministers agreed Friday to take the first steps to prepare a sanctions list targeting individuals involved in human rights violations and the falsification of election results in Belarus.

Mass protests against the results of the presidential elections have been ongoing since last Sunday across Belarus.

Opposition leader Svetlana Tikhanovskaya said on Monday that she is “ready to lead the nation” through a transitional period in order to end the unrest and organize “in the shortest terms” a new “fair and open presidential election.”

Alexander Lukashenko, who has ruled Belarus for 26 years, officially won the election with 80.1% of votes. His main rival Tikhanovskaya scored only 10.12%, according to the Central Election Commission.

Lukashenko refused to hold new voting, saying “you won’t see me doing anything under pressure.”