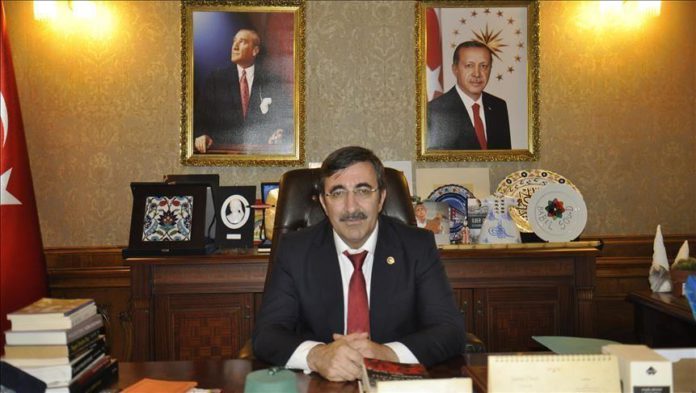 A senior official of Turkey’s ruling party criticized Saturday the European Commission’s report on Turkey, saying it “does not reflect the real picture regarding the developments in Turkey.”

Cevdet Yilmaz, deputy chairman of the Development and Justice (AK) Party, said in a written statement that the report on Turkey is based on assumptions irrelevant to the realities of the country.

The European Commission on Wednesday published its 2020 Enlargement Strategy and country reports.

Stressing that Turkey is an EU candidate country which has been committed to accession process despite “political blockages created by the EU,” Yilmaz said: “The EU has brought Turkey’s accession process to a standstill by unfairly bringing the Cyprus issue before Turkey and by overlooking the political obstructions placed by certain Member States.”

Yilmaz also pointed out that the EU did not pay attention to the July 15 defeated coup in Turkey and other security issues.

“Turkey is making intense efforts to ensure the balance between freedom and security despite all threats faced,” he said.

Yilmaz added: “We expect our European friends and allies support Turkey, rather than criticize our efforts to safeguard the democratic order, the rule of law, and the fundamental rights and freedoms of citizens as well as to preserve social peace.”

“Turkey defends its own rights and the rights of the Turkish Republic of Northern Cyprus, respects the rights of others and invites the countries in the region to negotiate for the common interest of all,” he added.

Yilmaz also stressed that “strong, stable, prosperous, and democratic Turkey is for the benefit of the EU and vice versa. Turkey and EU have the potential to create solutions in many areas such as refugee issues, security, energy and economy.”