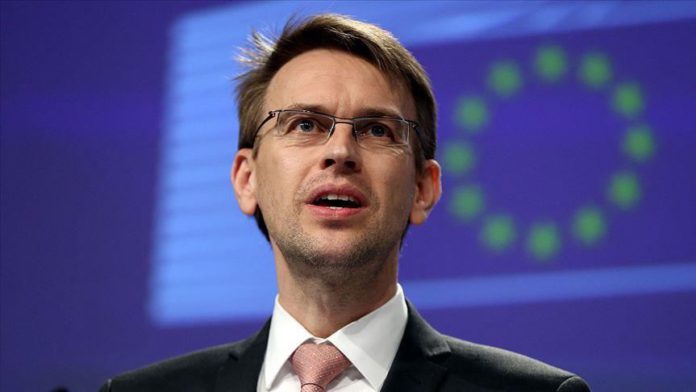 The EU is concerned about the recent surge in declarations on Libya as they work against the de-escalation of the conflict, the bloc’s chief spokesman for the foreign policy said on Monday, commenting on the Egyptian president’s threat of military intervention.

“The people of Libya … do not need more escalation, do not need more confrontation. In this light, the recent escalation of declarations, statements, and the interference by outside actors is a source for serious concern,” EU spokesman Peter Stano said.

He also reminded international actors involved in the conflict to “work on diffusing the tensions, not to raise them.”

In a televised speech from the Egyptian city of Matrouh near the Libyan border on Saturday, Abdel-Fattah al-Sisi suggested that Cairo could launch “external military missions” into Libya “if required,” saying that “any direct intervention in Libya has already become legitimate internationally.”

In March, the Libyan government launched Operation Peace Storm to counter attacks on the capital, and recently regained strategic locations, including the Al-Watiya airbase and the strategic city of Tarhuna

Since last year, several high-level meetings, known as Berlin peace process, have been held in the German capital to put an end to the Libyan conflict, with the participation of world powers and regional actors.

According to the EU, this UN-backed negotiation process is the only acceptable way forward as it is based on peaceful and multilateral talks.