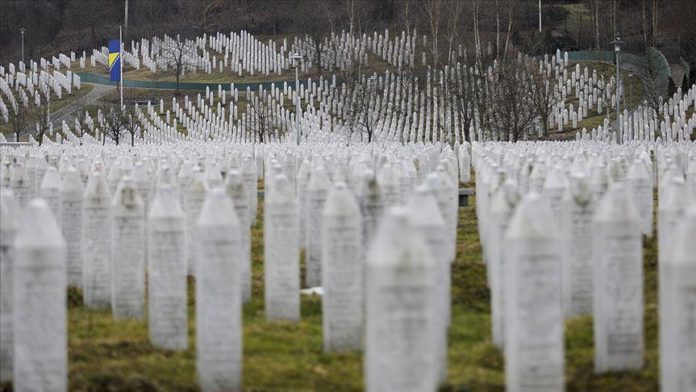 The EU firmly rejects all denial of the 1995 Srebrenica genocide, a European Commission spokeswoman said on Monday.

“The EU is a union of values. Denial of well-documented and established facts about wartime events, including war crimes, or revisionism contradict the most fundamental of those values,” Ana Pisonero told a European Commission daily press briefing.

The remarks came after Vladimir Leposavic, Montenegro’s minister of justice, human and minority, said last week that the Srebrenica genocide has not been credibly proven.

“The European Union rejects and condemns any denial, relativization or misinterpretation of the genocide of Srebrenica,” Pisonero said, calling the massacre “one of the darkest chapters of modern European history.”

“It is high time for all political leaders in the region to lead the way in honoring victims and promoting reconciliation,” she added.

She added that the EU has a very a clear message on Montenegro’s path to the bloc.

“Any country aspiring to join the EU is expected to comply with and promote EU values of democracy, human rights, tolerance and justice. This includes treating victims of genocide with utmost respect and dignity,” she said.

Montenegro has been an EU candidate country since 2010.

In July 1995, more than 8,300 Bosnian Muslim men and boys were killed when Bosnian Serb forces attacked a UN “safe area” in Srebrenica.

Croatian top diplomat due in Turkey for bilateral talks