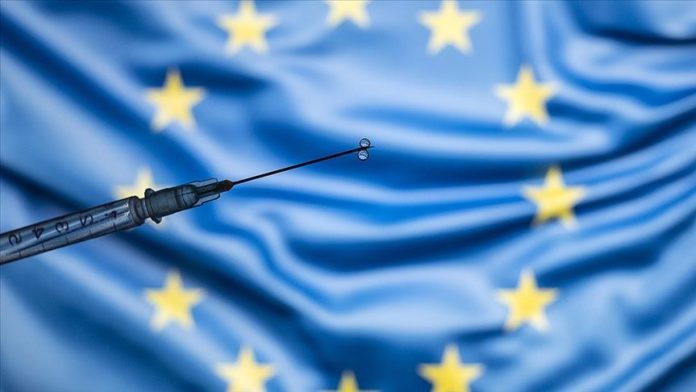 The European Union is at the start of a third wave of the COVID-19 pandemic, the president of the European Commission warned Thursday.

Ursula von der Leyen was speaking at a press conference following a virtual summit of EU leaders where the EU heads of state and governments discussed the bloc’s response to the health crisis.

“We are at the start of the third wave in Europe, and in many European member states, infections are on the rise again, mostly due to the variant B117,” said von der Leyen.

She said the concerning situation “highlights the importance of a fast and speedy vaccination” on which EU leaders also agreed.

Although the bloc signed advanced purchase agreements last year with six vaccine producers to buy about 2.6 billion vaccine doses, it has been struggling to kick off vaccination campaigns and to ensure the contracted deliveries.

Some 88 million vaccine doses were delivered to the EU, out of which 62 million were given to patients, while 18.2 million people or 4.1% of the bloc’s population received two jabs, said von der Leyen.

However, she reassured that deliveries for the second quarter of the year were promising, which “means that we are on track to achieve our goal, that this summer we want to have 70% of the adult population in the European Union vaccinated.”

In light of the situation, EU leaders also agreed to maintain restrictions on non-essential travel.

At the same time, they promised to intensify work on common European digital certificates as preparation for a gradual lifting of measures.

US President Joe Biden also joined the videoconference. EU leaders agreed with him to discuss the new transatlantic agenda as well as their commitment to maintaining the global supply chain of COVID-19 vaccines.

Bender twins to end their careers at end of season