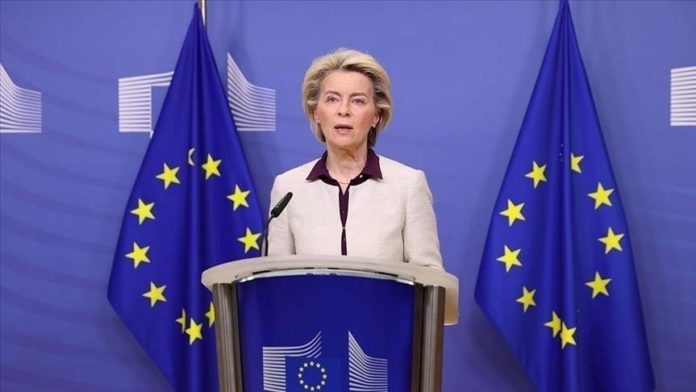 The EU Commission chief on Wednesday announced an additional €9 billion ($9.5 billion) in macro-financial assistance for Ukraine.

“We are proposing to top up the significant short-term relief provided until now, with a new exceptional macro-financial assistance for Ukraine of up to €9 billion in 2022,” Ursula von der Leyen told reporters.

She said that the EU has a responsibility and strategic interest in leading the efforts to rebuild the country, and proposed to set up a reconstruction platform.

The platform, led by Ukraine and the EU executive body, would coordinate the efforts of EU members, other countries, and international donors, as well as international financial institutions, she explained.

According to the EU chief, the reconstruction of Ukraine “should combine investment with reforms,” involving the areas like “anti-corruption, administrative capacity, rule of law, and independence of the judiciary.”

“These investments will help Ukraine emerge stronger and more resilient from the devastation caused by (Russian President Vladimir) Putin’s soldiers,” she stated.

At least 3,752 people have been killed and 4,062 injured in Ukraine since the start of the war on Feb. 24, according to UN estimates. The true toll is believed to be much higher.

Meanwhile, Von der Leyen also unveiled a €300 billion ($315 billion) plan to end Europe’s reliance on Russian energy. She outlined a three-step plan, called Repower EU, which focuses on the demand side, supply side, and accelerating the clean energy transition.

The demand side refers to saving energy, while on the supply side the EU needs to “diversify away from Russia for fossil fuels and towards other reliable trustworthy suppliers and the most important part, accelerating the clean energy transition. So massive investment in renewable energy,” she said.

She said the plan builds on the existing European Green Deal and Fit for 55, an EU’s plan for a green transition.

“Today, we are taking our ambition to yet another level to make sure that we become independent from Russian fossil fuels as quickly as possible,” the EU chief added.

The EU increased its energy efficiency target for 2030 from 9% to 13% and raised its renewable energy target from 40% to 45%, Von der Leyen said.

“We come with a host of actions to scale up and speed up the clean energy transition,” she added.

All of this will require massive investments and reforms, she said and added: “We are mobilizing close to EUR 300 billion. Approximately EUR 72 billion in grants and EUR 225 billion in loans.”

“This will include some financing – up to EUR 10 billion – in missing links for gas and LNG so that no Member State is left in the cold. And up to EUR 2 billion for oil infrastructure in view of stopping the shipment of Russian oil,” she added.