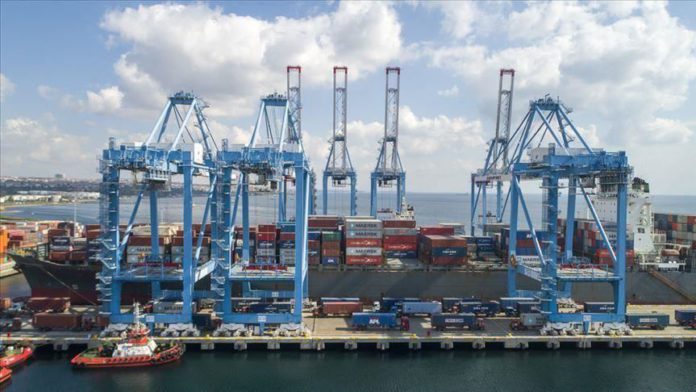 While the restrictive measures to curb the spread of the coronavirus took a toll on several sectors, machinery and vehicles exports were affected most in the EU, the 27-member bloc’s statistics office said on Friday.

Among extra-EU exports of goods, the largest decline in absolute terms was seen in machinery and vehicles exports by €14 billion ($15.54), or 20%, in March compared to January, Eurostat said.

Other manufactured goods’ exports also dropped by €7 billion or 16% in the same period, the office said.

In March, the bloc’s overall exports were €228 billion, down from €252 billion compared to January, it said.

In the same period, the EU’s chemical exports posted an increase of €4 billion or 4%.

In the import side, machinery and vehicles imports dropped by 15%, other manufactured goods by 16% and energy by 31%.

EUR/USD exchange rate was 1.11 as of the end of March.

The pandemic has killed over 333,300 people worldwide, with more than 5.1 million confirmed cases, while recoveries have reached almost 2 million, according to figures compiled by the US-based Johns Hopkins University.