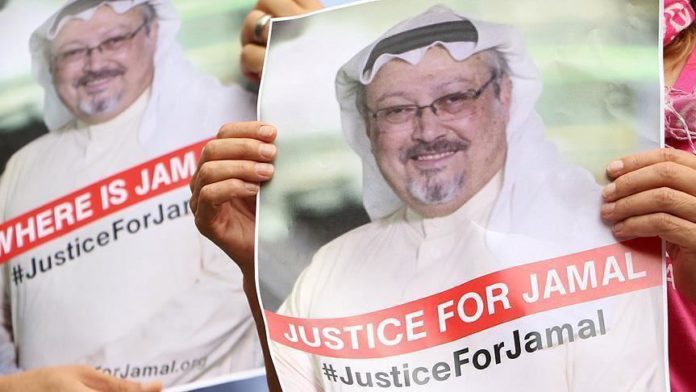 EU members and other countries, including Canada and Australia, reiterated Tuesday that the Human Rights Council calls for transparency and bringing to trial all those responsible for the brutal murder of The Washington Post columnist Jamal Khashoggi in Saudi Arabia’s Consulate in Istanbul, Turkey in 2018.

Ambassador Michael Freiherr von Ungern-Sternberg, the German envoy to the UN Geneva Office, addressed the 47 Council members on behalf of the EU on the second day of the 45th session of the UN Human Rights Council.

“We stress the need for full accountability and transparent prosecution of those involved in the killing of Jamal Khashoggi,” said the ambassador.

He also said: “The EU reiterates its concern about prolonged detentions of women human rights defenders, including Loujain Al Hathloul, in Saudi Arabia.”

Denmark read out a separate joint statement on behalf of some 29 countries that included Australia, Canada, and the UK about Saudi Arabia.

“We deeply regret the continued detention of at least five women’s human rights defenders, arrested in 2018,” the statement added.

“We reiterate our call for the release of all political detainees and are particularly concerned about the use of the counter-terrorism law and other security provisions against individuals peacefully exercising their rights.”

The signatories noted that more than a year ago, Agnes Callamard, the UN special rapporteur on extrajudicial executions, shared her conclusions on Khashoggi’s murder.

“We reiterate our call for transparency and holding all those responsible accountable,” they said.

The 59-year-old columnist for The Washington Post was killed and dismembered by a Saudi operatives group shortly after he entered the country’s consulate in the Turkish metropolitan city of Istanbul on Oct. 2, 2018.

“As for the individual responsibility of the person on top of the State, the Crown Prince Mohammed bin Salman, he has remained well protected against any kind of meaningful scrutiny in his country,” said Callamard.