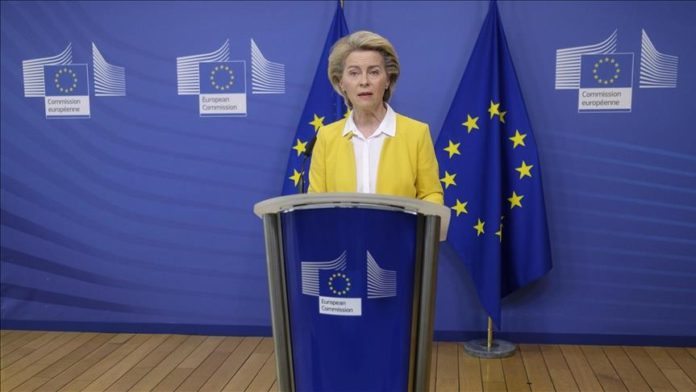 EU officials have called for joint commitment and action across the world to reduce emissions by 2030 in the fight against climate change.

Warning that the world was getting “dangerously” close to 1.5 C of global warming, she stressed that because of this, the time is ripe for fresh climate action.

She underlined that in the coming COP26 meeting in Glasgow, the world must show that it understands that the preceding Paris Agreement “is humanities’ life insurance.”

“Science tells us it is not too late yet but me must hurry up,” von der Leyen added.

Touching on efforts to tackle the negative effects of climate change, she mentioned the European Green New Deal and the continent’s first Climate Law that passed just recently, as well as the block’s goals on dealing a significant dent in emissions.

The European Commission head also noted that EU countries had agreed by 2030 to reduce their greenhouse gas emissions to 55% below their 1990 level.

“Climate action is also a massive opportunity for economies, it creates new markets and mobilizes new investments, transforming industries and it unleashes innovation for a healthier and more prosperous future, she added.

‘We are ready to take responsibility’

Charles Michel, the president of the EU Council, said the world is currently facing a great challenge in the face of climate change, and that since fossil fuel use is not sustainable, humanity must adapt itself to a new situation.

“In December 2019, leaders committed to climate neutrality by 2050 and we were the first major economy to take such a bold decision,” Michel said.

He noted that they had decided to allocate at least €100 billion ($120 billion) annually for “climate finance” and said they expected developed countries to increase their contributions.

Stating that as the EU, they want to introduce a carbon regulation mechanism at their borders, Michel said this was needed for competition on equal terms and must comply with the rules of the World Trade Organization.

He added that with the intention of being a strong and loyal partner, the bloc is prepared to join forces with all global partners and take responsibility for the well-being of humanity and the planet.