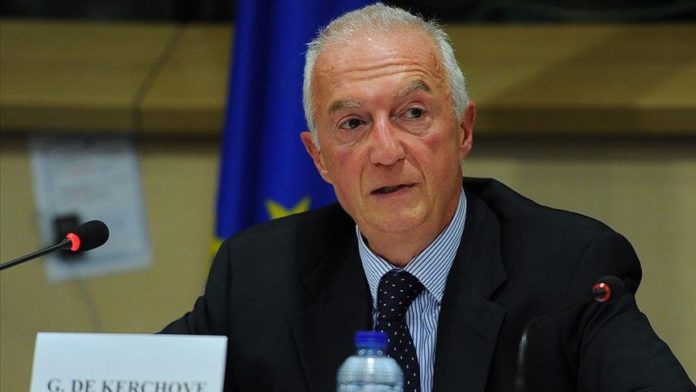 The EU’s anti-terror chief has recently expressed concern on strengthening ties between European extreme leftists and the YPG/PKK terrorist organization have recently been getting stronger, according to a report on Wednesday.

Individuals who joined the YPG/PKK out of “left-wing extremist ideological convictions,” acquire or strengthen combat skills that could “be used in terrorist activities in Europe,” said an internal EU discussion paper by the office of EU Counter-Terrorism Coordinator Gilles de Kerchove, released by non-profit monitoring group Statewatch.

Terrorist incidents motivated by left-wing and anarchist extremism in Europe are currently concentrated in Italy, Greece, and, to a lesser extent, Spain said the paper dated June 28 and sent to the delegations of EU member states.

It added that for many left-wing violent extremists in Europe, solidarity with left-leaning militias in northern Syria, such as the YPG/PKK terrorists, is “of great importance”

The document said that despite this, European authorities do not prosecute “volunteers” who join the YPG as armed fighters, because the bloc does not recognize the group, which is the PKK’s offshoot in Syria, as a terrorist organization.

“The fact that many of them deny any participation in actual combat further complicates the possibility of prosecuting them,” added the document.

The report also briefly took stock of the far-left DHKP-C’s presence in Europe, which it said the terrorist group uses as a “logistical base to support operations in Turkey.”

An attack in Europe by this group, however, is unlikely, it added.

In a report published in June, Europol said the PKK actively mobilized its propaganda activities in countries like Germany, France, Belgium, Austria, and the Netherlands, but that the terrorist organization was unable to raise as much money as it desired in Europe due to travel bans introduced to stem the coronavirus pandemic.

According to the report, 24 of the 25 attacks carried out by extreme leftist organizations in Europe last year took place in Italy, with the one other attack in France.