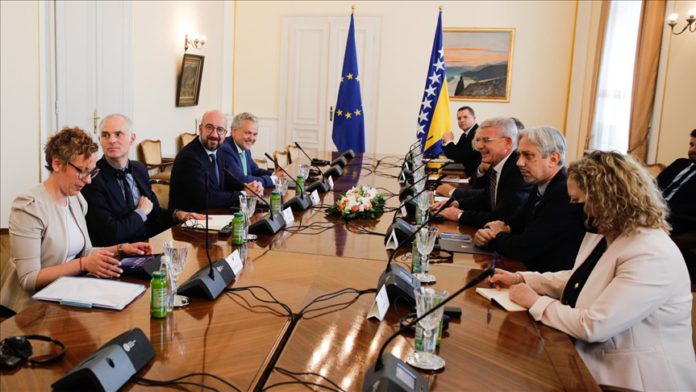 The Western Balkans need the European Union but the bloc also needs the region, the President of the European Council said Friday.

”It is time for a new momentum to advance European integration. I have also shared this message with the members of the Bosnia and Herzegovina presidency,” said Charles Michel.

His remarks came at a news conference with the Chairman of the Presidency of Bosnia and Herzegovina, Sefik Dzaferovic, and Serb member Milorad Dodik in the Bosnian capital of Sarajevo during his third stop on a tour of Western Balkan countries.

”We need to speed up EU integration and we must create a new impetus for reform,” he said. “And we want to support you, our Western Balkan partners and friends, on your journey to the EU.”

“We have proposed that we envisage the process of enlargement in a new way that offers concrete, socio-economic advantages and political integration during the accession negotiations. The new dynamism for EU enlargement also needs to be matched by a new push for reforms among the countries of the region,” he said. “The Western Balkans and Bosnia and Herzegovina are a high priority for the EU and I strongly believe that your future is within the EU as a single, united and sovereign country.”

He met Serbian President Aleksandar Vucic in Belgrade on Thursday.