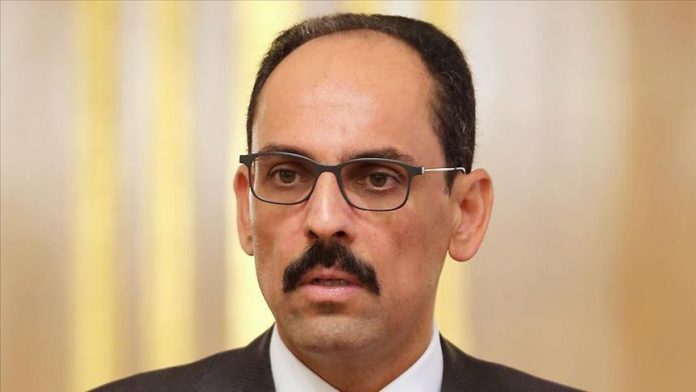 Turkey’s presidential spokesman has called on the European Union on Tuesday to take concrete steps and fulfil its promises.

“Turkey fulfilled its responsibilities within the March 18 Turkey-EU agreement,” Ibrahim Kalin said on Twitter, referring to the 2016 deal between the EU and Turkey.

“It is time for Europe to take concrete steps, which will pave the way for a new page in relations. It is possible but requires leadership and determination,” he stressed.