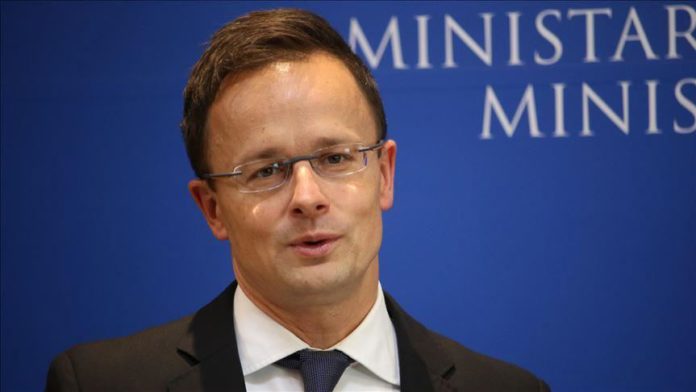 The EU should respect its commitment to Turkey and pay the entire sum of €6 billion ($6.5 billion) promised under a 2016 deal to stem irregular migration, Hungary’s foreign minister said Friday.

“Turkey has a crucial role in stopping illegal migration,” which is why “the EU should pay the €6 billion it previously promised to Turkey,” Szijjarto said in streaming video on Facebook, speaking after a high-level videoconference with his counterparts from Slovakia, the Czech Republic, and Poland, and Turkish Foreign Minister Mevlut Cavusoglu.

Szijjarto was referring to the 2016 Turkey-EU deal, meant to stop irregular refugee flows and improve the conditions of Syrian refugees in Turkey. Some €3.4 billion ($3.8 billion) has been disbursed from the total agreed amount of €6 billion ($6.5 billion), though the EU has said the remainder is in the pipeline.

“Turkey has one of the most dynamically developing economies,” he said, adding that Turkey will soon belong to the “world’s top 10 largest economies.”

Szijjarto said he was convinced the Visegrad countries whose foreign ministers met today – Hungary, Slovakia, the Czech Republic and Poland –and Turkey have an interest in working together on nuclear energy as well.

He also praised the cooperation between Turkey and Hungary during the COVID-19 crisis, when Turkey made medical equipment available for Hungary to purchase.

According to recent EU data, all operational funds have been committed, €4.7 billion ($5.3 billion) contracted, and €3.4 billion ($3.8 billion) disbursed.

In previous communications, the EU promised to pay €4 billion ($4.5 billion) by 2020, and the European Commission recently promised to accelerate the payments of a further €485 million ($545 million) by the end of the year to help mitigate the effects of the coronavirus crisis.

With nearly 4 million on Turkish soil, Turkey hosts more Syrian refugees than any other country in the world. 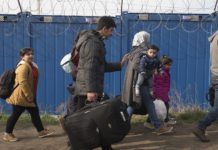