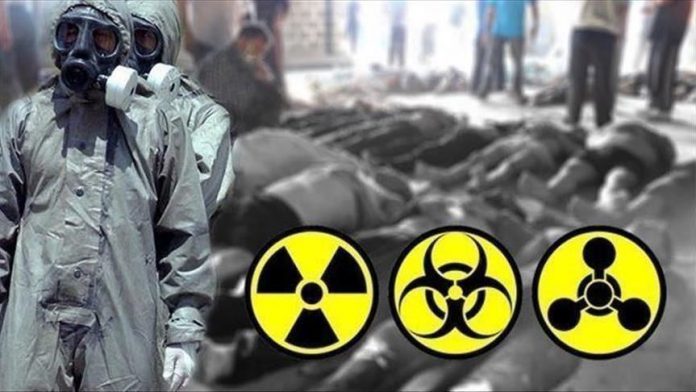 The European Union is ready to impose stricter sanctions on high-level Syrian regime officials and scientists who were involved in using chemical weapons against civilians, the EU’s foreign policy chief said on Thursday.

The Organisation for the Prohibition of Chemical Weapons (OPCW) published on Wednesday a report on the use of chemical weapons in Syria.

The OPCW’s Investigation and Identification Team concluded that Syrian Arab Air Force dropped aerial bombs containing sarin on the East-Syrian town on Ltamenah on March 24 and 30, 2017, as well as a cylinder, filled with chlorine at the town’s hospital on March 25,