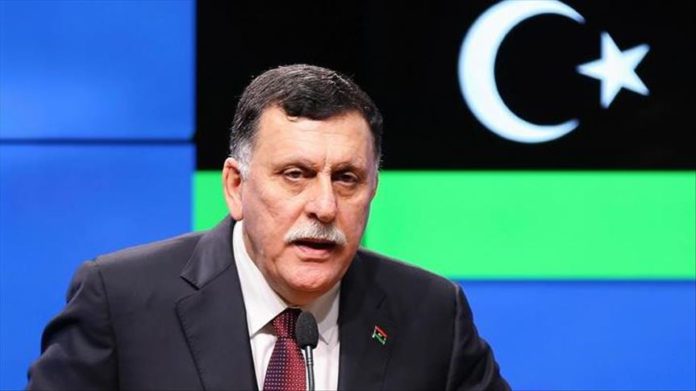 The head of Libya’s government said he believes that the European Union’s new military mission in the Mediterranean favors the rebel forces headed by warlord Khalifa Haftar.

In an interview with Italian daily Il Corriere della Sera published on Thursday, Prime Minister Fayez al-Sarraj said that the main aim of Operation Irini – approved last month by EU member states – is aimed at enforcing the UN arms embargo on Libya, stemming the foreign transfer of arms and military aid to the area.

Several member states argued that the EU’s renewed naval presence would encourage illegal migration across the Mediterranean, as its vessels could be used to rescue migrants.

“The area of the operation is the Mediterranean Sea. But our enemies receive arms and ammunition mainly by air and land,” Sarraj said.

“In short, our objection is this: our ports will be controlled, our troops penalized, while Haftar’s airports will be free to receive any help and his militias will be able to use any kind of military reinforcement.”

Sarraj, however, added that he supports Operation Irini for its role in preventing illegal oil exports. He also stressed the need to fight the criminal organizations involved in human trafficking in the Central Mediterranean by training and supporting the Libyan Coast Guard.

Sarraj ruled out the option of restarting negotiations with Haftar. “He’s responsible for a vile coup. He can’t sit at the negotiating table,” he said.

Sarraj also praised Turkey as the only country that responded to a cry for help from his UN-recognized government to face Haftar’s offensive.

“Turkey responded by sending experts and technicians to support our military operations, including training plans and programs to fight terrorism and illegal migration,” Sarraj said.