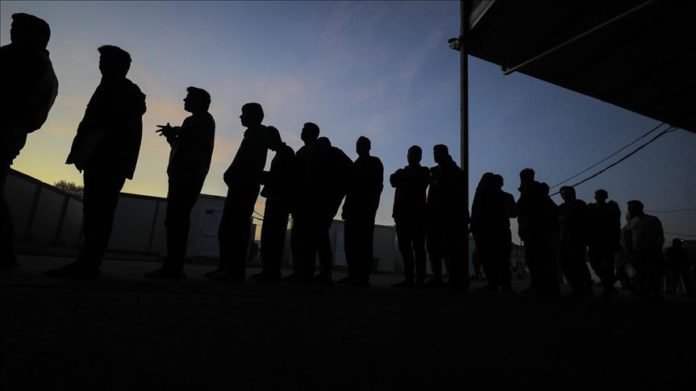 European Union member states have long been sharply divided on migration, with some, such as Italy and Greece, urging others to share the burden.

The European Union Commission unveiled a new migration and asylum plan Sept. 23. that proposed “a fair balance of responsibility and solidarity among member states.”

But will it work?

Noting the current situation on Greek islands where asylum seekers remain in overcrowded camps, Tineke Strik, a member of the European Parliament, told Anadolu Agency that Europe “really has a problem with solidarity” when it comes to immigration.

Asked if the new pact would be a solution to the problem, her response was: “I’m afraid it’s not.”

Strik noted the current criterion of the Dublin regulation, which ruled that the first country where an asylum seeker enters is the main responsible for the asylum process.

“And this criterion remains in the current proposal, which means that the border countries will face a larger responsibility than others,” she said.

National authorities and EU agencies would conduct pre-entry screenings at the bloc’s external borders, under the proposal, providing a quick preliminary decision if the asylum application could be accepted or the asylum-seeker needs to return.

The procedure would involve health and security checks, fingerprinting and registration in the EU’s asylum fingerprint database.

It also wants to strengthen the EU’s returns system by harmonizing the legal framework of expelling failed asylum-seekers and expand the role of EU authorities in the procedure.

The proposed border procedure is still very much reliant on national capacities of the border countries, according to Strik.

“I’m afraid that it will lead to, again, long waiting periods, maybe also less quality of decision making and less access to sufficient legal aid and effective remedies,” she said.

“The longer we keep the pressure on the border countries, the bigger the risk is of human rights violations at the border. We see it with Greece, for instance. There’s really a persistent allegation of pushbacks taking place at the Greek border, ” she said.

To end human violations, she suggests a system in which asylum seekers can be immediately distributed once they arrive in EU territory, which, she says, “is not the case in the current pact.”

In early September, a fire destroyed Greece’s largest migrant camp in Moria on the island of Lesbos, near the Turkish coast. It left 13,000 people homeless.

Asked if the new pact would put an end to overcrowded migrant camps in Europe, she answered: “I think there will still be long waiting periods. I think that the Greek islands are not a fit for creating proper reception conditions.”

Greek border guards have long been accused by human rights groups of deliberately abandoning and pushing back refugees from sea or land.

Pushbacks — pushing migrants across borders — violates international and EU law because it undermines the right to seek asylum.

Frontex announced it launched an internal investigation into Greece’s illegal pushbacks of migrants, after the reports.

Several members of the European Parliament, including Strik, demanded the EU conduct an independent investigation into illegal pushbacks and violence against migrants.

Strik said an internal inquiry is not enough. “The battle is not finished yet. We really want to have a clarification and an investigation, which is really independent.

“Frontex announced it will do an investigation with member states and the commission. But we think this is also not independent enough and not transparent enough.”

On Thursday, European Ombudsman Emily O’Reilly opened an investigation into Frontex to assess how it handles alleged breaches of fundamental rights.

More than 5.6 million Syrians have fled Syria since a civil war started in 2011, with Turkey hosting the largest number of Syrians — currently in excess of 3.6 million.

Strik said the EU should produce a new decision for more financial support for refugees in Turkey.

“We cannot leave the responsibility with only a few countries,” she said. “And I think we really should step up our resettlement, especially from vulnerable refugees who are now in Turkey or other parts of the world.”

“If we want to combat smuggling, we need to offer legal channels,” she added.