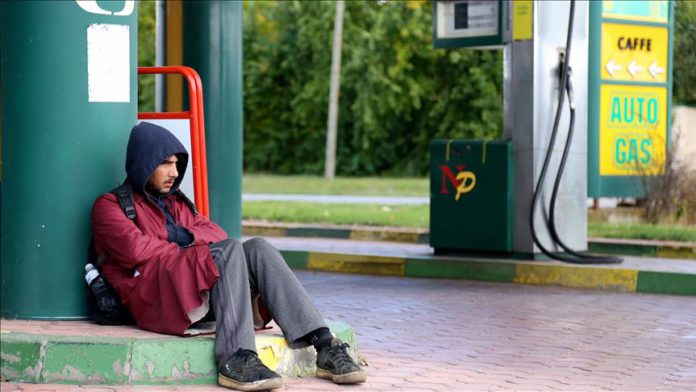 Recent events in the Mediterranean and Greece have shown that the current system for refugees and migrants in the European Union is unworkable and often carries devastating human consequences, two UN agencies said Tuesday.

The UN Refugee Agency (UNHCR) and the International Organization for Migration (IOM) issued a statement calling for a “truly common and principled approach” to European migration and asylum policies.

“The current approach in the EU is unworkable, untenable, and often carries devastating human consequences,” they said.

COVID-19 has also heavily affected policies and practices, and its detrimental socio-economic impact has spared no one, they said.

The appeal came before the presentation of the European Commission’s new Pact on Migration and Asylum was to have taken place Wednesday.

“The Pact presents the opportunity for Europe to show that it can uphold the fundamental right to asylum while cooperating on pragmatic policies to identify those in need of international protection and share responsibility for them,” said Filippo Grandi, the UN High Commissioner for Refugees.

The two agencies cited recent events across the Mediterranean, “including delays in disembarking migrants and refugees rescued at sea” and increasing reports of push-backs.

They spoke of the “devastating fires at the Moria Registration and Identification Centre (RIC) on the Greek island of Lesbos,” further highlighting the urgent need to reform the EU’s management of migration and asylum.

The UN bodies said they hope the pact will provide a fresh start to move from an “ad hoc crisis-driven approach” to asylum and migration in Europe to a common one.

The approach should be more comprehensive, well-managed and predictable, both within and beyond the EU.

“With relatively few new arrivals of refugees and migrants to Europe, now is the time for common action,” said the two bodies which deal with people on the move.

They said the absence of an EU-wide agreement on disembarkation worsens human suffering.

The IOM and UNHCR strongly agree with European Commission President Ursula von der Leyen that saving lives at sea is not optional, a welcome assertion made in her State of the Union address.

The organizations also had concerns for those along all migration routes who find themselves endangered, including on land.

“Saving lives must be the priority and should not be impeded or criminalized,” they said.

The two agencies called for more predictable arrangements on relocation within the EU. They actively supported recent relocations from the Greek islands, working with the Greek government, the European Commission, the European Asylum Support Office and UNICEF, the UN Children’s Fund.

The relocation of vulnerable people, including children, especially during heightened hardship, had proven to be a workable example of responsibility sharing.

The agencies added that “most migration to Europe is managed through safe and legal channels, and the COVID-19 crisis has highlighted the value of migrant and refugee workers in the EU and elsewhere.”