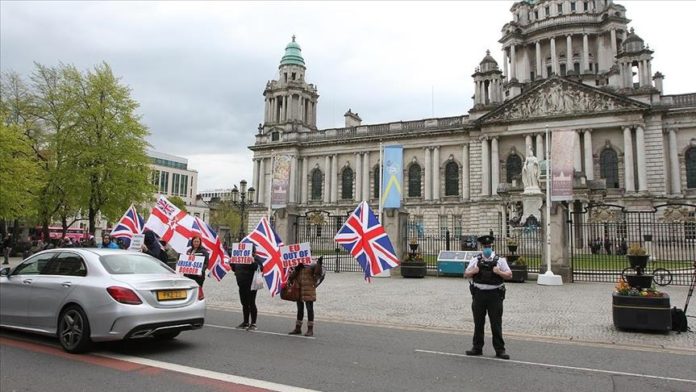 The EU agreed on Wednesday to extend the grace period allowing the movement of chilled meat products to Northern Ireland from the rest of the UK.

“We are accommodating the UK’s request to extend the grace period for the movement of chilled meats from Great Britain to Northern Ireland by an additional three months until 30th of September,” Maros Sefcovic, the vice-president of the European Commission, said at a press conference.

The decision aims at easing post-Brexit tensions between the two sides on trade and the application of the Northern Ireland Protocol of the UK’s EU Withdrawal Agreement.

The contested regime bans the import of chilled meat products to Northern Ireland from non-EU countries that do not comply with EU food safety standards, including the rest of the UK.

During the dispute between the EU and UK, dubbed the “sausage war” by the media, the British government said they would continue sending sausages to Northern Ireland.

The EU’s gesture may temporarily chill the disagreement, but the bloc will continue to demand the UK fulfill its obligations, Sefcovic explained.

“This extension will allow stakeholders and especially supermarkets in Northern Ireland to continue to adapt the supply chains to the post-Brexit situation, something yet to be completed,” he added.

The European Commission also proposed solutions to other disputed areas, such as ensuring the supply of medicine and guide dogs and waiving UK drivers’ obligation to show a motor insurance green card in Northern Ireland.

Despite the legally binding obligations of the Withdrawal Agreement, the UK has been in a spat with the EU concerning the Northern Ireland protocol since last September.

The partners concluded the special protocol on Ireland and Northern Ireland to avoid a hard border in respect to the Good Friday Agreement and to protect the interests of the EU market.

Russia says US presence in Central Asia not in region's interest

Kashmir: 3 reporters say they were beaten by police