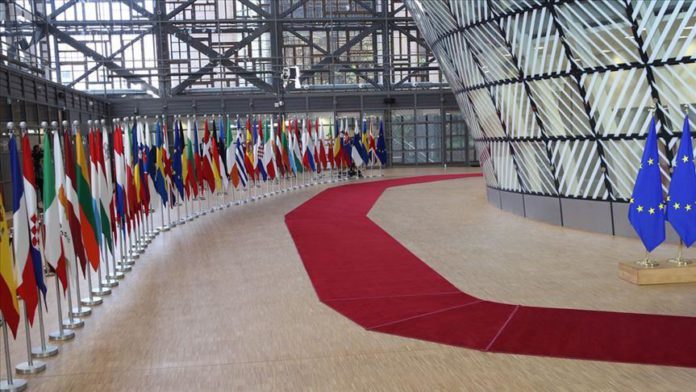 EU leaders are set to meet in Brussels on Thursday for two days of discussions on tensions in the Eastern Mediterranean and relations with Turkey.

European Council President Charles Michel on Tuesday sent a letter to EU leaders to outline the objectives of the summit.

He said the main focus of the meeting would be on relations with Turkey on recent tension in the Eastern Mediterranean, but also EU-China relations, the poisoning of Alexei Navalny, the situation in Belarus and recent escalation in Armenian-occupied Nagorno-Karabakh.

Leaders will also discuss the novel coronavirus pandemic and its effects on the European economy.

No sanctions on Belarus

Convening earlier this month to discuss international issues and Belarus, EU foreign ministers were unable to reach an agreement on sanctions on the country.

“Ministers discussed the sanctions issue and although there is a clear will to adopt those sanctions, it has not been possible to do that today because the required unanimity was not reached,” the bloc’s foreign policy chief Josep Borrell told reporters after the EU Foreign Affairs Council meeting.

He said the sides could not agree during the meeting because the Greek Cypriot administration wanted on penalties on Belarus to be tied to sanctions against Turkey over a dispute on gas drilling in the Eastern Mediterranean.

In recent weeks, EU diplomats, speaking on condition of anonymity, underlined the importance of multi-dimensional relations between EU and Turkey.

The diplomats stressed the need to look at EU-Turkey relations from a “broader geopolitical perspective” despite demands by France, Greece and the Greek Cypriot administration for a harsher policy and sanctions against Ankara.

They highlighted the importance of cooperation with Turkey — an EU candidate country — in issues such as migration, trade, energy and security, voicing concern that excluding Turkey could be to the benefit of Russia.

Many EU leaders have chosen to improve ties with Turkey, Russia and China, considering these countries’ global and regional rise in recent years.

Borrell, on this point, told the European Parliament two weeks ago that the “old empires are coming back” and that this was creating a new environment.

“The old empires are coming back. There are at least three of them. We can say Russia, China and Turkey, big empires in the past. They’re coming back with an approach on their immediate neighborhood and globally, which represents for us a new environment. And, Turkey is one of these elements that changes our environment,” he said.