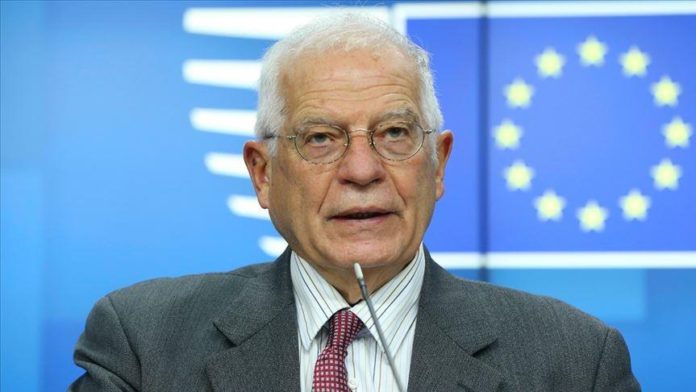 Relations between Turkey and the EU will be discussed at a summit of bloc leaders at the end of this week, the EU foreign policy chief said Monday.

Speaking after a meeting of EU foreign ministers, Josep Borrell said the diplomats had not taken a positive view of Turkish actions and that they will brief their heads of state and government ahead of the EU Council meeting this Thursday and Friday.

“The ministers, all of them, considered that we have not seen a fundamental change of direction on the Turkey’s behavior. And the contrary, in several aspects the situation has worsened,” said Borrell, citing as an example Turkey continuing its drilling activities in the Eastern Mediterranean.

Turkey has argued that its energy exploration is lawful and that it only wants a fair sharing of the region’s resources based on dialogue, something that Greece has continually undermined.

Borrell said all the member states are aware of the need to carefully assess the situation with Turkey.

Diplomacy was “invented to solve differences peacefully through dialogue, and that we are trying to do,” said Borrell.

Borrell also said the foreign ministers discussed the situation in Venezuela, saying that Dec. 6 parliamentary elections in the country failed to comply with the minimum international standards.

“We are not to be able to consider them free, fair, democratic,” he said, as “the result doesn’t represent the will of the Venezuelan people.”

The foreign ministers also discussed the post-election situation in Georgia, the conflict in Ethiopia, the security law in Hong Kong, relations with the US, and the EU’s strategic autonomy, said Borrell.

He also said they discussed Belarus and are finalizing a third package of sanctions in the wake of the country’s contested elections this August.