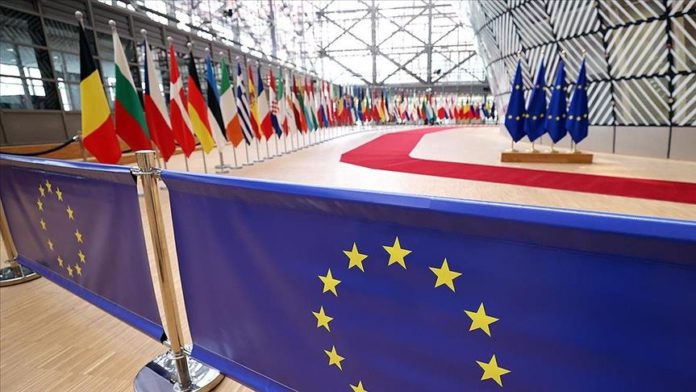 EU leaders are set to decide on sanctions against Belarus at a summit starting on Monday evening after a passenger plane bound for Lithuania was forced to land in Minsk.

EU heads of states and governments convened to discuss international ties and the state of the COVID-19 pandemic during the two-day in-person meeting in Brussels.

With the meeting coming on the heels of Belarussian authorities forcibly diverting a commercial Ryanair flight to land in the country’s capital Minsk, the leaders decided to put the bloc’s response to the incident at the top of the agenda.

“What happened yesterday is an international scandal,” Charles Michel, the head of the European Council, pointed out in his doorstep statement, explaining that EU leaders would assess different options to respond to Belarus.

Irish Prime Minister Micheal Martin called for “a firm and very strong response to this action” and stressed that the Belarussian regime “endangered European citizens and crew on that airplane” with its unacceptable behavior.

Nauseda suggested the bloc close its airspace to Belarussian airlines, and recognize the country’s airspace as unsafe for civilian flights.

He also called for expanding sanctions against the Belarussian government introduced in October.

Following the talks on Belarus, EU leaders will discuss the bloc’s future relationship with the UK after Brexit.

They will also assess EU-Russia ties, as well as the Israeli-Palestinian conflict.

On Sunday, citing a “bomb threat,” a Belarusian MIG-29 fighter jet forced a Ryanair plane passing through Belarus’ airspace to land, and then detained passenger Raman Protasevich, a journalist wanted for his involvement in “terrorist incident.”

Protasevich is the founder of the social media news channel NEXTA, which played a major role in protests last summer demanding the resignation of President Alexander Lukashenko after the contested Aug. 9 elections.