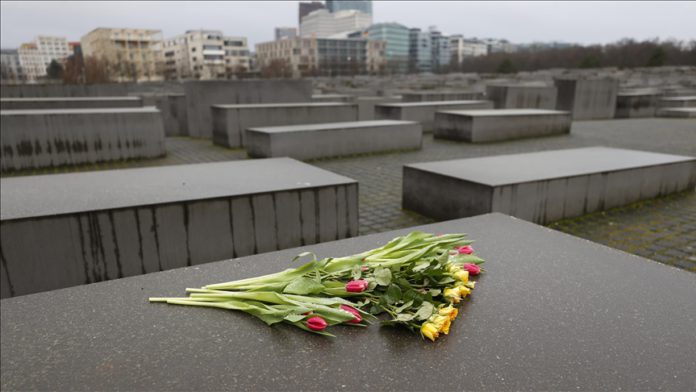 “There is no Christian blood, no Jewish blood, no Muslim blood, there is only human blood,” a 100-year old Holocaust survivor told EU lawmakers on the International Holocaust Remembrance Day.

Opening the special plenary sitting dedicated to the International Holocaust Remembrance Day, European Parliament’s President Roberta Metsola said: “On Jan. 27, we remember crimes committed against humanity in the past, but we also remember the importance of speaking up, in the present.”

She warned that contemporary European society has a moral responsibility to speak up “against Holocaust deniers, against conspiracy myths, against disinformation and against the violence of every kind.”

After returning to Berlin from New York at the age of 88, Friedlander started to travel around Germany to share her story with students.

She said her main message to the young people is that everyone deserves to be respected even if one can’t love them.

“There is no Christian blood, no Jewish blood, no Muslim blood, there is only human blood. We are all the same,” she pointed out.

“What happened, happened, we can no longer change it. It must only never, ever happen again,” she stressed.

In her response to Friedlander’s speech, Ursula von der Leyen, the President of the European Commission, said they are working on a European Union “where everyone can be who they want to be.”

She also paid tribute to the European Parliament’s first president, Simone Veil, who was also a Holocaust survivor.

The ceremony ended with a minute of silence in honor of the victims of the Holocaust.

The International Holocaust Remembrance Day commemorates the killing of six million Jews and at least one million others by the Nazi regime and collaborators.

The Auschwitz concentration camp was liberated by the Red Army on Jan. 27, 1945.