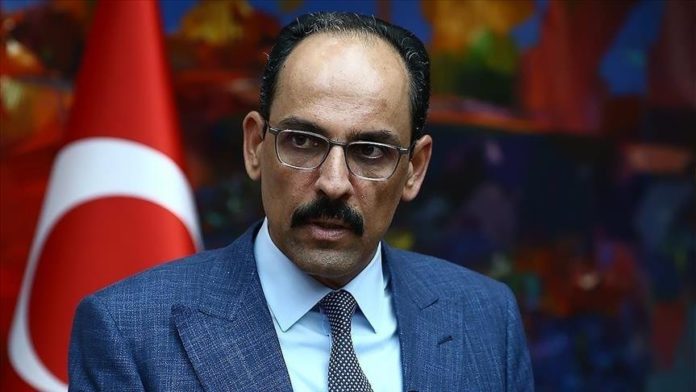 Turkey’s presidential spokesman Ibrahim Kalin on Friday said the European Union, is “weak” and “ without a plan.”

“I wonder why we are not making progress anywhere. It can’t just be due to Turkey,” Kalin told reporters.

However, he criticized the outcome of the EU summit on Turkey held last week, saying that it remained “far below the expectations” of Ankara.

Kalin said his expectations are also low for the next EU summit to be held in September.

Expressing disappointment that the EU would raise only €1 billion ($1.19 billion) per year to support Syrian refugees hosted by Turkey over the next three years, Kalin reminded that 3.7 million Syrian refugees lived in Turkey, not counting the millions of internally displaced persons in the Turkish-controlled corridor in Syria.

He also reminded that there are hundreds of thousands of refugees from other countries, such as Afghanistan.

The EU had not fulfilled the rapprochement it had promised in the 2016 refugee deal, including the high-level dialogue, the Customs Union and the visa exemption, Kalin added.

Maduro: Unlike US, Venezuela has same-day poll results