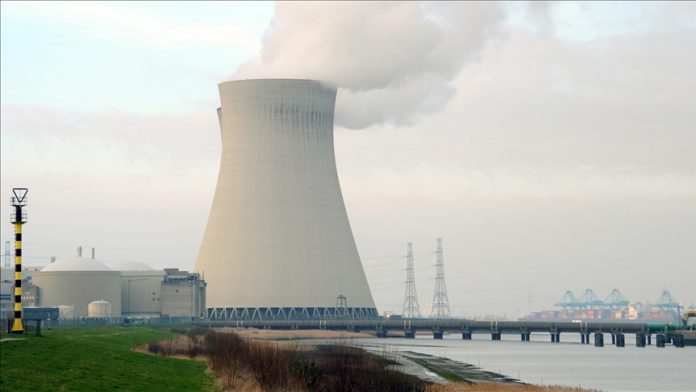 The European Commission approved an act Wednesday that labels gas and nuclear projects as green for investment, prompting criticism about its commitment to climate protection.

McGuinness called it “another step in a transition to climate neutral economy” and defended the controversy around the classification, calling it an “imperfect” solution to reach “a low carbon future powered by renewable energy.”

She said that gas and nuclear activities can only be included in the taxonomy with “strict conditions” of contributing to the transition to climate neutrality.

Nuclear activities have to prove high environmental and safety standards, while gas projects can only be approved if they support the transition from highly polluting coal plants to renewables, she said.

The changes are likely to affect private investors across the bloc since the taxonomy transparency system was created to attract more funds for registered companies.

Several EU lawmakers, as well as Luxemburg, the Netherlands, Austria, Denmark and Sweden denounced the amendment during preparations, arguing that classifying fossil fuels as sustainable are against the spirit of the Green deal initiative and the original regulation.

The European Commission has also been criticized for passing the controversial amendment with a legal procedure that requires an absolute majority from EU lawmakers or at least 20 of 27 member states to block.

The Ursula von der Leyen-led European Commission was appointed in 2019 with the promise of fighting climate change and transitioning the EU to climate-neutral by 2050.

As part of the EU executive body’s European Green Deal initiative, the bloc adopted the so-called taxonomy regulation in 2020, setting up the classification system on environmentally sustainable economic activities.

The purpose of the regulation was to channel private funds into environment-friendly economic investments and prevent companies from “greenwashing” — pretending to be eco-friendly — by listing precisely what activity qualifies as sustainable.

At the same time, big countries, such as France, which derives 70% of its energy from nuclear plants, or Germany that recently completed the construction of the Nord Stream II gas pipeline, have been in favor of the changes.