The EU will engage in talks with Turkey on outstanding issues in the region, according to the EU’s foreign policy chief.

“On the eastern Mediterranean, we will pursue dialogue with Turkey on outstanding issues,” Josep Borrell said in his book, European Foreign Policy in Times of COVID-19.

Recalling that EU leaders tasked him to organize a multilateral conference on Eastern Mediterranean, he wrote: “We clearly prefer the path of constructive relations but the political line is clear: in case of renewed actions by Turkey that breach international law, the EU will use options at its disposal.”

Borrell said Turkey will continue to be an important partner on a number of issues. “This should enable us to emerge from a dynamic of dangerous confrontation with this great neighbour.”

He stressed that Turkey wants to be seen as a country that cannot be excluded from sharing energy resources in the Eastern Mediterranean and one with a political solution in Libya.

“And today still, it is clear that the European Union will not be able to achieve stability on the continent unless it finds the right balance in its relations with Turkey and the Russian Federation,” he said.

He said that when he came to the position, he knew that restoring relations with Turkey was going to be one of the difficult issues, and added that Ankara’s policies on Libya and Syria also do not suit the EU.

Borrell said the 2016 migration deal between Turkey and the EU did not bear expected fruit for both sides.

“Unfortunately, Turkish Navtex notifications and vessels, such as the ‘Oruc Reiss’ and the evocative ‘Barbaross’, had become household names in Brussels,” he said.

Cyprus issue and Turkey-Greece relations were at the center of Turkey-EU relations, Borrell wrote, adding that those issues could be delayed no longer.

“Turkey has become a regional power to be reckoned with and has scored undeniable successes,” he said about the country’s foreign policy. “Unfortunately, in quite a few cases, Turkey’s international agenda is not well aligned with the EU’s and its methods are not those of the EU.”

Stating that Turkey’s candidacy to EU membership entitles the bloc to ask questions, Borrell said: “Relations cannot be a one-way street. The EU also has to show Turkey that it would be welcomed as a family member if it meets its side of the bargain. This is where the positive agenda agreed in the joint statement of 2016 plays a vital role.”

He said the parties have to find a way out of tit-for-tat dynamics and turn back to cooperation and trust.

Highlighting that the EU can adopt strong measures if relations with Turkey go backward, Borrell wrote: “A strong cooperative relationship with Turkey would constitute a major contribution to European stability. Likewise, it will be difficult for Turkey to find a better partner than the EU.”

– ‘Europe in face of new empires’

Referring to Russia, China and Turkey as “new empires” in his book, Borrell said to be able to negotiate and settle conflicts peacefully with those empires, the EU needs to learn the “language of power.”

“In our immediate neighbourhood, Europe has been increasingly confronted with powers that tend to behave increasingly like “new empires.”

“Throughout the past year, the situation has been especially tense in the Eastern Mediterranean and concerning our relations with Turkey,” he wrote.

Common ground should be found “with this great neighbor and partner,” he said while defending international law and the rights of the EU members.

“However, we can only succeed if Turkey also wants this and acts accordingly.”

Mentioning common characteristics of Russia, China, and Turkey, Borrell said they are sovereignist to the outside world and authoritarian internally and they have values that the bloc does not share.

“They are intent on having their zones of influence recognised and are determined to shield them from all outside eyes; they want to change the rules of the global game because the distribution of power in the world today bears no relation to that of the era in which they arose.

“On this point, it must be acknowledged that they are not completely devoid of arguments,” he said. 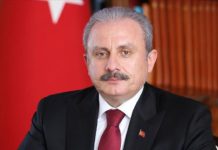 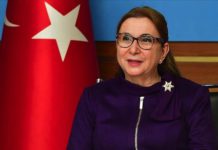 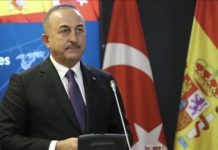