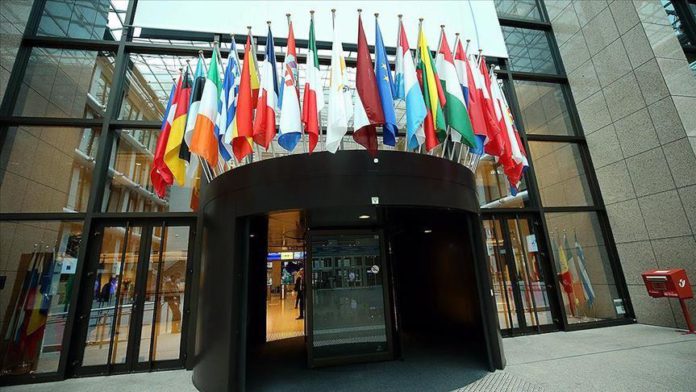 The EU foreign ministers gathered in Luxemburg on Monday to discuss international issues and relations with Russia, including the poisoning of Russian opposition leader Alexei Navalny.

In a doorstep statement, German Foreign Minister Heiko Maas said Germany and France prepared a joint proposal for EU sanctions on Russian individuals over their alleged role in the poisoning of Navalny.

“The Organization for the Prohibition of Chemical Weapons [OPCW] has recently confirmed in objective terms the findings of laboratories in Sweden and France that this act constitutes a violation of the International Chemical Weapons Convention. This cannot go without consequences,” he stressed.

“The Council will have a comprehensive discussion on EU relations with Russia within the framework of the five guiding principles, taking into account recent developments regarding the human rights situation in the country,” said an EU statement ahead of the meeting.

“The discussion will take into account a number of recent developments, including the poisoning of Russian opposition leader […] the deteriorating human rights situation in the country, continued disinformation activities from pro-Kremlin sources and other aspects of the domestic situation, as well as Russia’s role in the shared neighborhood, including with regard to the evolving situation in Belarus,” it added.

Last week, Germany and France accused Russia of being behind the poisoning of Navalny.

“France and Germany asked Russia multiple times to shed light on the circumstances of the crime and those who perpetrated it. No credible explanation has been provided by Russia so far,” said a joint statement by Maas and his French counterpart Jean-Yves Le Drian.

“In this context, there is no other plausible explanation for the positioning of Mr. Navalny than a Russian responsibility and involvement,” it added.

Russia has repeatedly sought an evidence of poisoning, saying the traces of the nerve agent were not found during Navalny’s stay in Omsk and that it is necessary to open a criminal investigation of what happened.