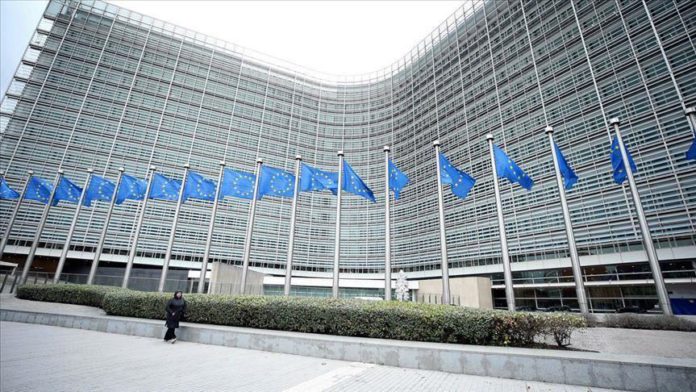 The EU wants to give a “serious chance to dialogue” with Turkey to solve the crisis in the Eastern Mediterranean, the bloc’s foreign policy chief said on Friday.

“We want to find a path towards a healthier relationship, in the mutual interests both the European Union and Turkey.

“For this reason, we must walk a fine line between preserving a true space for dialogue and at the same time showing collective strength in the defense of our common interests,” said Josep Borrell at a news conference after the informal meeting of EU foreign ministers in Berlin.

Addressing reporters besides German Foreign Minister Heiko Maas, Borrell said the EU is in “solidarity” with Greece and the Greek Cypriot administration and urged Turkey to refrain from unilateral actions.

“We want to give a serious chance to dialogue. And I really much appreciate and thank the efforts deployed by Germany,” said Borrell.

“As a high representative, I will try to create a space for negotiations on all issues of our complex and difficult relations with Turkey,” he added.

Borrell said there is a “frustration” among EU member states about Turkey’s activities and so he asked the relevant working groups in the EU Council to speed up their works.

He also said the Greek Cypriot administration suggested that new names should be added to the list of restrictive measures which already includes two officials from Turkish Petroleum.

“In the absence of progress, engaging in Turkey, we could develop a list of further restrictive measures that could be discussed at the European Council, the next 24th of September,” he added.

Asked what the restrictive measures would be, Borrell stated that there are measures for individuals among the various options, but depending on the situation, the freezing of assets, the use of European ports and technology, financial and sectoral activities of the Turkish economy in connection with the European economy may also be at the agenda.

But for the time being, only the names of individuals are on the agenda, he said.

‘We want to give diplomacy a chance’

Borrell warned there is a risk of clash in the Eastern Mediterranean and it requires a mediation like Germany’s.

He also said the complex set of relations with Turkey should be discussed, adding the EU and Turkey “have to talk about a lot of pending issues poisoning the relationship.”

Maas, for his part, said the relations between EU and Turkey are “challenging” due to the current developments in the Eastern Mediterranean.

Echoing Borrell, Maas said they are in solidarity with Greece and the Greek Cypriot administration, stressing that a diplomatic solution to the current crisis remains the most urgent goal.

“We are ready to support such a constructive dialogue. We want to give diplomacy a chance,” he said.

Germany’s top diplomat on Tuesday visited Greece and Turkey, encouraging both countries to engage in dialogue to avoid conflict in the Eastern Mediterranean.