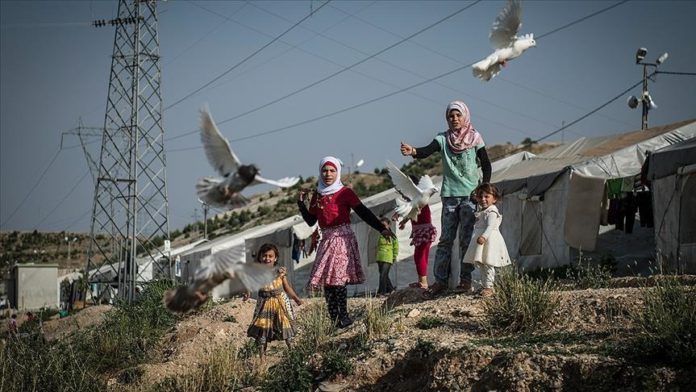 The EU on Wednesday announced that humanitarian support for refugees in Turkey will be extended until early 2022.

“These programmes help over 1.8 million refugees meet their basic needs and will help over 700,000 children to continue their education,” said a European Commission statement.

The commission said included in this extension are the Emergency Social Safety Net (ESSN), which provide cash assistance to refugees in partnership with the Turkish Red Crescent (Kizilay), and the Conditional Cash Transfers for Education (CCTE), which provide support to families whose children attend school regularly.

The programs, originally set up and funded under EU Facility for Refugees in Turkey, will now be funded under the EU budget, said the statement.

The EU is now allocating €485 million ($591.6 million) to support refugees in Turkey via the two programs.

“Turkey hosts close to 4 million refugees, with 70% of them children and women. More than 98% of refugees in Turkey live outside camps. Some 3.6 million are Syrians who fled the ongoing war,” said the statement.

In 2016 the EU and Turkey concluded a deal in which the EU promised to provide €6 billion in financial assistance to finance projects for Syrian refugees, and Turkey agreed to help stop irregular migrants from heading to Europe.

The agreement has been successful in significantly reducing the number of crossings in the Aegean Sea, and preventing the loss of many lives.

But the EU’s bureaucratic hurdles and delays to mobilize promised funds led to sharp criticism by Turkish politicians.

Coronavirus recoveries in Turkey near 138,000