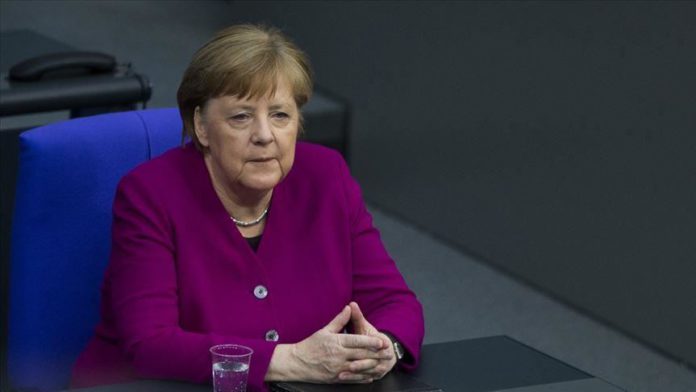 EU leaders have agreed to extend diplomatic and economic sanctions against Russia for another six months, German Chancellor Angela Merkel said on Friday.

Speaking at a news conference in Berlin, after a videoconference meeting of EU leaders, Merkel criticized Russia for not taking sufficient steps to implement the 2015 Minsk agreement, aimed at ending the conflict in eastern Ukraine.

“In today’s European Council meeting we decided to extend these sanctions for another six months,” Merkel said.

The sanctions were first imposed in 2014 in response to Russia’s illegal annexation of Crimea and were later expanded due to Moscow’s reluctance to fully implement the Minsk agreement. Most of the sanctions target Russia’s finance and energy sectors, as well as its arms industry.

The EU, the UN General Assembly, and Turkey all view Russia’s annexation of Crimea as illegal.

Asked whether the EU would consider heavier sanctions against Russia amid recent tensions between Berlin and Moscow, Merkel said Germany reserves the right to react, and talks with European partners are still ongoing.

Last month, Merkel said Russia was behind a 2015 cyber-attack that targeted computers in her office, and offices of parliamentarians in the Bundestag.