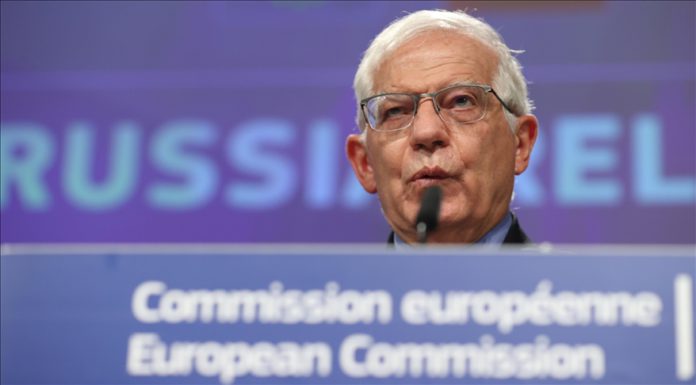 The European Union expects Israel to end its conflict with Palestine within the framework of a two-state solution and notes that Israel’s security will be ensured only in this way, the bloc’s foreign policy chief said Monday.

Pointing out that “Israel’s security is not negotiable,” Josep Borrell said after an EU Foreign Affairs Council meeting that “at the same time, we expect Israel to offer a political perspective to end the conflict. To find a solution with the Palestinians can only contribute to Israel’s security.”

Regarding the ongoing situation in Afghanistan, Borrell said “the fighting is having a grave impact on civilians.”

“The ministers, unanimously, have urged the Taliban to engage in substantive peace negotiations,” he added.

He also called on regional actors to contribute to the Afghan peace process.

Death toll from floods in Germany rises to 103