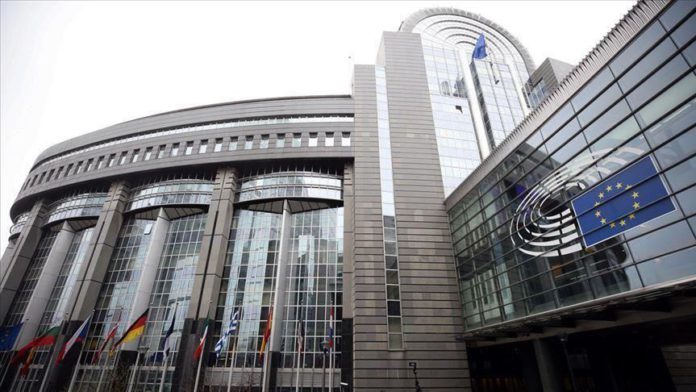 Economic confidence “showed first signs of a recovery” in both the EU and eurozone after the record slumps in March and April amid the coronavirus pandemic.

In May, the Economic Sentiment Indicator (ESI) went up by 2.9 points to 66.7 in EU27 and 2.6 points to reach 67.5 in the eurozone, according to a statement issued by the commission on Thursday.

The eurozone/euro area or the EA19 represents member states that use the single currency — euro — while the EU27 includes all member countries of the bloc.

“The Employment Expectations Indicator (EEI) led the way, bouncing back by 11.3 points in both areas to – still historically low – levels of 70.2 (euro area) and 70.9 (EU) points,” the statement said.

While industry and consumer confidence neutralized after declines in March and April, services confidence remained to drop in May.

“Changes in construction and retail trade confidence were much more contained,” it added.

Amongst the largest euro-area economies, the ESI increased mostly in the Netherlands by 3.5 points, while Germany (3.2 points) and Spain (1.6) followed it. France posted a 0.3 points decline in the month.

Since originating in China last December, the pandemic has claimed more than 356,200 lives in 188 countries and regions.

Over 5.7 million cases have been reported worldwide and more than 2.36 million people have recovered so far, according to figures compiled by the US’ Johns Hopkins University.

OPINION – What solidarity means for Rohingya survivors of Myanmar Genocide?