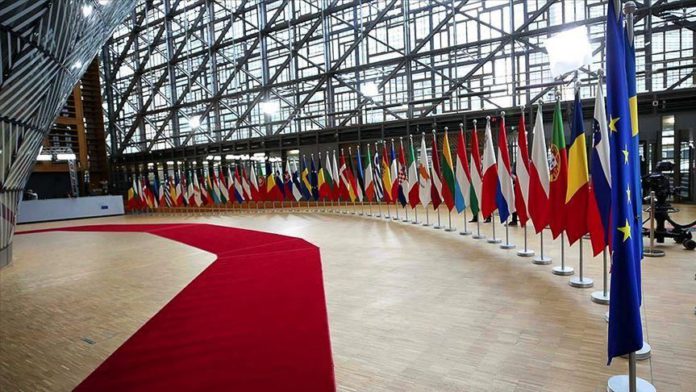 The European Union on Tuesday announced loans for members Lithuania, Greece, Italy, Spain, Latvia, Croatia, Malta, Slovenia, and the Greek Cypriot Administration under the Support to mitigate Unemployment Risks in an Emergency (SURE) program.

Ursula von der Leyen, president of the EU Commission, made the announcement in a series of tweets.

According to von der Leyen, Lithuania will receive € 302 million under the SURE program.

“Latvia will receive €120 million in loans under the EU SURE instrument. This will help protect jobs during the pandemic and sustain the country’s livelihood in these difficult times.

“Overall within SURE, Flag of Latvia will receive financial support of €192 million,” she said in another tweet.

“I am pleased to announce that today Greece will receive €2 billion in loans from the SURE instrument to save jobs during the pandemic. Greece will soon receive another €700 million,” said von der Leyen.

“Today, Slovenia will receive €200 million in the form of loans from the EU’s SURE instrument, which helps maintain employment during the pandemic,” said von der Leyen.

Slovenia will receive more than €1billion, she added.

Croatia will receive €500 million on Tuesday and €500 million in the near future, and Malta €120 million and an additional €124 million, she added.

The Greek Cypriot Administration will receive €250 million on Tuesday and a total of €479 million from the SURE program.

SURE activated on Sept. 22 for member states to cushion the fallout of the coronavirus.

Deal with your own issues, Russia hits back at NATO