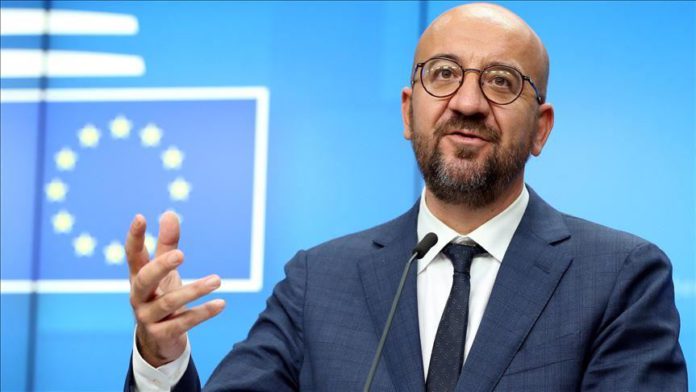 The EU would strive to strike a Brexit agreement with the UK, but not at any price, the European Council President Charles Michel said on Thursday.

Speaking at a joint news conference with EU’s chief Brexit negotiator Michel Barnier after the end of the first of the two-day European Council meeting, Michel said: “We are united and determined to reach an agreement, but not at any cost.”

He highlighted the EU’s negotiating mandate, especially the level-playing field, fisheries, and governance.

“A level-playing field is critical, because it ensures fair competition,” Michel said.

“For example, if the UK would produce cars, without respecting our EU standards and with the support of massive subsidies, how can we imagine they would have access to our markets with no tariffs and no quotas. That would be unfair and would risk hundreds of thousands of European jobs.”

He said he was “concerned” by the lack of progress in the negotiations, adding the EU was completely united and that they fully supported Barnier “to continue negotiations.”

“We call on the UK to make the necessary moves,” Michel said.

“And that’s also a question of international credibility for the UK,” he said. “In parallel, we will step up our work at all levels and for all outcomes, including that of a no-deal.”

Barnier also said that the EU was determined to reach a fair deal with the UK, but “not at any price.”

He said negotiations would continue over the coming weeks, adding: “Our positions have been crystal-clear from the day one of these negotiations. If you want access to our market of 450 million people, there must be a level playing field, there must be free and fair competition.”

“It’s clear from today’s meeting that there is a full unity between all member states,” Barnier said. “We will remain calm, united, determined.”

The UK’s chief Brexit negotiator Lord Frost hit back via Twitter, saying he was “disappointed” by the conclusions of the European Council meeting on UK-EU negotiations.

“Also surprised by suggestion that to get an agreement all future moves must come from UK. It’s an unusual approach to conducting a negotiation,” Frost added.

He said that British Prime Minister Boris Johnson “will set out UK reactions and approach tomorrow” in light of his previous statement on Sep. 7.

Johnson had previously said Oct. 15 was his deadline for a post-Brexit agreement to be reached or he would walk away from the talks.