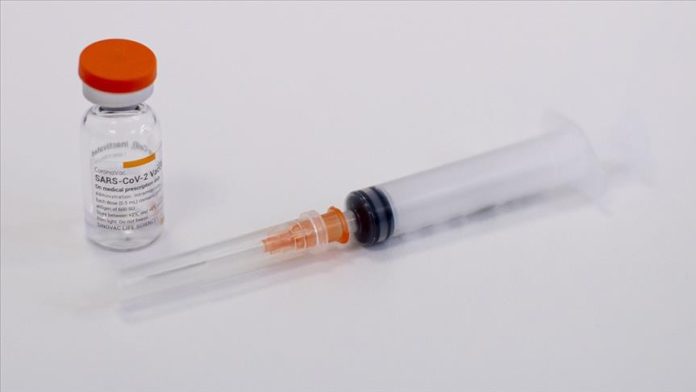 The European Union has pushed forward its COVID-19 vaccination target date by three months, the president of the European Commission announced on Wednesday.

The bloc now aims to vaccinate 70% of the adult population by the end of the summer instead of the beginning of the season, Ursula von der Leyen said at the European Parliament.

She admitted the EU was “late to authorize vaccines” and “too optimistic about massive production and expectations on timely delivery.”

Referring to a spat with vaccine producers over delayed shipments, Von der Leyen said the EU “underestimated the difficulties in production” because “it is not possible to set up mass manufacturing overnight.”

The top official reassured vaccine producers that “we don’t intend to restrict companies that are honoring their contracts with the EU,” but reminded them that the bloc insists on its fair share.

“The battle against the virus is a marathon, not a sprint,” Von der Leyen concluded.

The EU, which has a population of 450 million, signed advanced purchase agreements with six firms – Pfizer-BioNTech, Moderna, AstraZeneca, CureVac, Johnson & Johnson, and Sanofi/GlaxoSmithKline – for about 2.3 billion vaccine doses.

In January, AstraZeneca and Pfizer-BioNTech were criticized for announcing delays in vaccine shipments, with top EU officials arguing that the bloc financially contributed to their research for priority access to the vaccines.

As a result, the European Commission introduced a transparency and authorization mechanism for COVID-19 vaccines produced in EU countries.

Under the new rules, before giving export authorization for COVID-19 jabs, member states will have to notify the European Commission whether a company completed deliveries within the bloc on time.

Turkey: Mother of PKK-kidnapped boy pained to her core