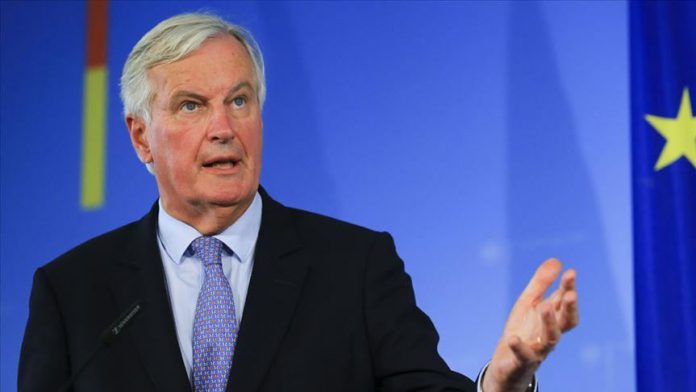 The EU’s chief Brexit negotiator on Friday voiced disappointment over the lack of progress in talks with the UK.

Speaking at a news conference, Michel Barnier said the EU and UK negotiation teams specialized in different policy areas had more than 40 videoconferences this week.

“Our objective for tangible progress has been very partially met this week,” Barnier said, blaming the UK for “not committing seriously to a number of points,” which were mutually agreed by the two sides in a joint political declaration attached to the withdrawal agreement.

The political phase of Brexit ended on Jan. 31, with