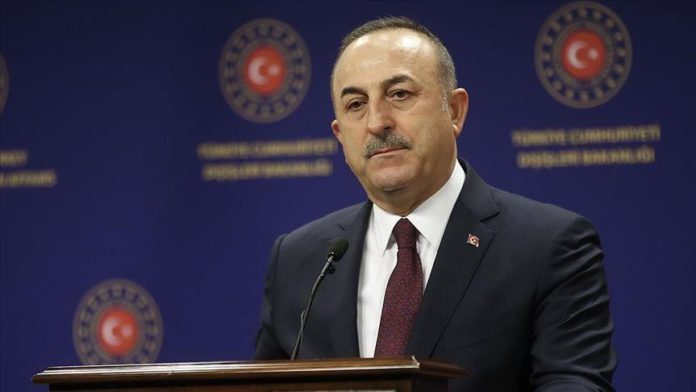 Turkey on Thursday slammed remarks by Greek and EU officials critical of Ankara’s handling of the migrant issue along its borders, calling them an attempt to whitewash Athens’ human rights violations.

“The fact that the EU Commission is a partner to this is exemplary,” Aksoy said.

Aksoy cited the words of Dunja Mijatovic, the Council of Europe commissioner for human rights, saying that it is the moral and legal obligation of member states to respect and protect the dignity of asylum seekers.

“Instead of blaming our country, we invite the EU and Greece to fulfill their personal responsibilities once again and to respect the rights of asylum seekers,” he said.

Human rights groups have also documented hundreds of cases of asylum seekers being robbed, abused, and stripped by Greek forces along the land border, or forcibly pushed back in boats along coastal borders.

Aksoy also said that Dendias’ statements on the Aegean and Eastern Mediterranean were divorced from reality.

Aksoy emphasized that Greece along with the Greek Cypriot Administration should stop dreaming about confining Turkey to its coastline.

“Greece would not benefit from setting up an evil alliance against Turkey and attempting to abuse the EU,” he said.

“Instead, Greece should respect the legitimate rights and interests of Turkey and rather than complaining about it and relying on others, they should try to solve issues by speaking to us.”

Turkey has consistently contested efforts by Greece and the Greek Cypriot administration to deny Turkey’s territorial and energy exploration rights in the Eastern Mediterranean, asserting that Turkey and the Turkish Republic of Northern Cyprus (TRNC) also have rights to the resources in the area.