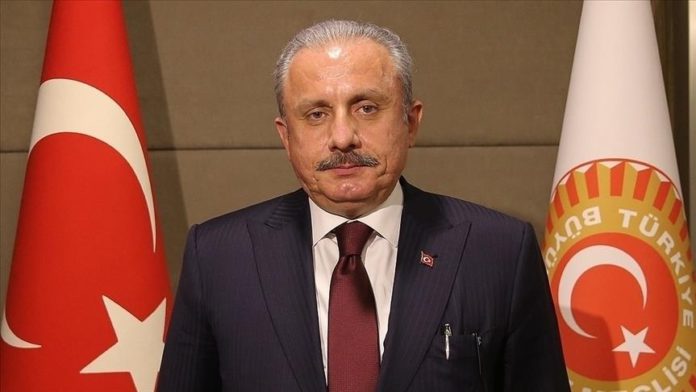 A ruling by the top EU court allowing the banning of headscarves under certain conditions is against the freedom of religion and belief, the Turkish parliament speaker said on Monday.

“These decisions clearly violate the fundamental rights and freedoms of Muslims living in Europe. These decisions will have negative consequences in terms of social peace, coexistence of people of different faiths and faith-based discrimination,” Mustafa Sentop said in a statement.

He said that the decision by the Court of Justice justifies the deep concerns caused by the practices that seek to prevent Muslims from freely existing in the public sphere all over the world, especially in Europe.

“The main responsibility of decision-makers all over the world, especially the EU Court of Justice and international human rights courts, is to try to ensure that all members of religion and belief benefit from the freedom of religion and belief without discrimination, instead of justifying interferences in fundamental rights and freedoms on the basis of body_abstract concepts,” he added.

Homeless refugees appeal to authorities for housing accommodations in Paris