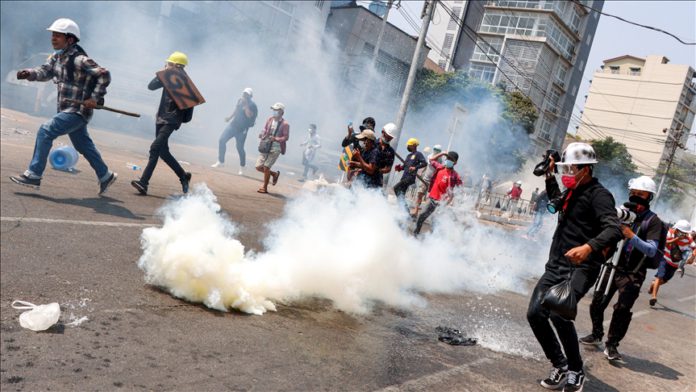 The EU on Wednesday condemned the “violent repression of peaceful protesters by the Myanmar military.”

In a statement, EU foreign policy chief Josep Borrell said: “There must be accountability and a return to democracy in Myanmar.”

“The military has in parallel been increasing its crackdown on the media in Myanmar, with a growing number of journalists having been arbitrarily arrested, detained, and charged,” he added.

“Such attempts to silence the media and eradicate freedom of expression will not prevent the world from witnessing the actions of the Myanmar military and the bravery of the Myanmar people, nor will they give any legitimacy to the coup,” the official said.

Dozens of people have been killed in Myanmar as the military uses disproportionate force against anti-coup protesters holding rallies across the Southeast Asian nation.

On Feb.1, Myanmar’s democratically elected State Counselor Aung Suu Kyi was ousted in a coup and has since been detained. Many of her party members have also been detained.