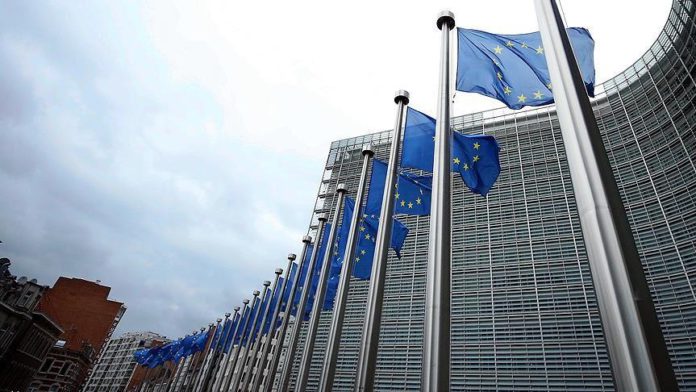 Tonight’s European Council conclusion on Turkey is “an important step in the right direction,” its president said late Thursday.

“We are ready, with the European Council, with member states, to put more concrete proposals on the table in order to have a more stable, more predictable relationship with Turkey,” said Charles Michel in a joint press conference with European Commission President Ursula von der Leyen following a virtual EU leaders’ summit.

Michel said the leaders tasked the European Commission and EU High Representative Josep Borrell with the preparation of a possible positive agenda with Turkey.

“A possible positive agenda but conditional. It means that we hope that Turkey will maintain a moderate behavior, positive behavior in the next weeks and in the next months,” said Michel.

The topics of discussion with Turkey include modernization of the 25-year-old Customs Union, people to people activities and mobility, as well as migration, said Michel.

Michel also said they are in contact with Turkish authorities for a possible visit to Turkey in April.

Von der Leyen, for her part, said “Turkey has shown a more constructive attitude, including in its bilateral relations with several EU member states. These are positive and welcomed steps on which we must try to build on,” adding, however, the de-escalation remains fragile.

She recalled preparing a report “on the state of play of EU-Turkey political, economic and trade relations as well as on instruments and options on how to proceed now with this relationship” with Borrell.

“And in light of Turkey’s recent more productive attitude, the report put forward possible areas of cooperation to allow for a progressive and proportionate approach,” she said.

“We will further engage with Turkey on issues such as migration, financing, high-level dialogues and modernizing the Customs Union,” said von der Leyen.

“If Turkey does not move forward constructively, if it returns to unilateral actions or provocations, in particular in the Eastern Mediterranean, of course, we would suspend this cooperation,” she added.

Von der Leyen said the commission is also tasked with presenting a proposal to the council on how to support Syrian refugees in Turkey as well as in Jordan, Lebanon and other parts of the region.

“Turkey is shouldering the lion’s share of the burden, but we think it is important to keep on going with the support in this humanitarian cause concerning the Syrian refugees in Turkey,” she added.